Following on from the critically acclaimed and commercially successful third year in 2017, Ramblin’ Man Fair returns in 2018! This year the festival will move from its traditional end of July slot to the 30th June and 1st July 2018

Ramblin’ Man Fair organisers have also announced the next wave of bands for the event in 2018 including an exclusive headline set from The Cult. The current list o confirmed acts reads:

The festival will take place in the beautiful Mote Park in Maidstone, Kent on Saturday 30th June and Sunday 1st July 2018. 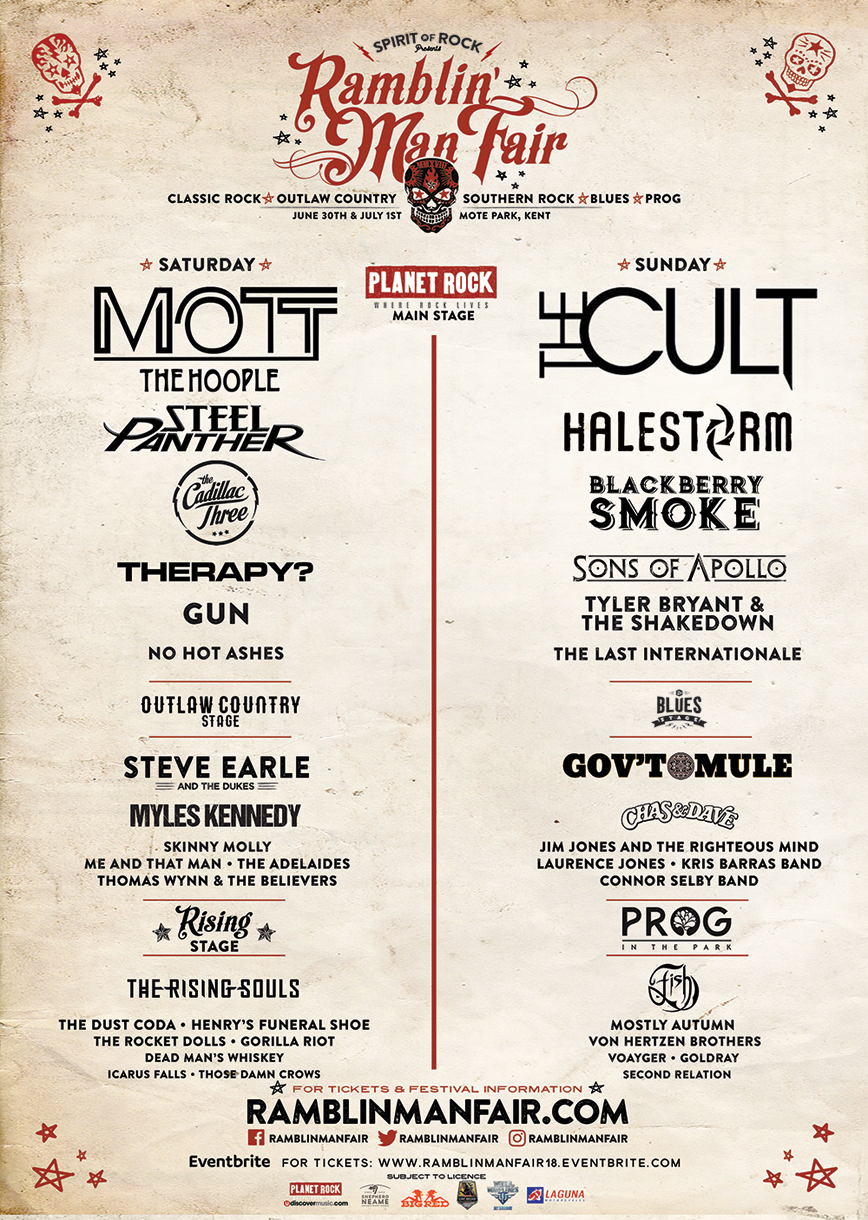