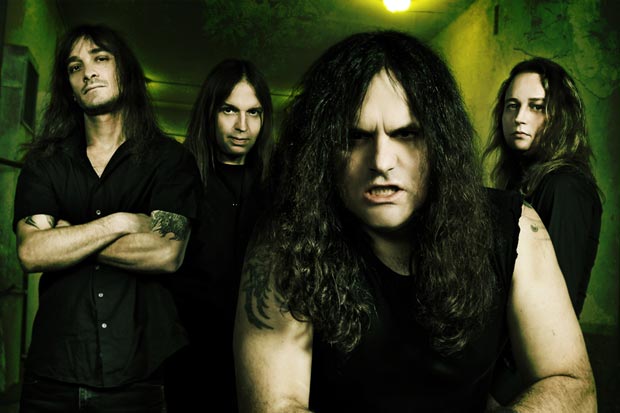 KREATOR Confirm Four Classic Albums To Get Reissued through BMG

Thrash legends Kreator have announced that four of their classic ‘90’s era albums will be reissued via BMG on 23 February 2018.

The four albums in question – Coma Of Souls, Renewal, Cause Of Conflict and Outcast have been remastered by Andy Pearce (Black Sabbath, Voivod, Motorhead, Anthrax) and will be available in multiple formats including coloured vinyl.

Coma Of Souls and Outcast will now include previously unreleased, bonus live tracks, recorded in Germany in 1990 and at 1998’s Dynamo Open Air festival. Renewal and Cause For Conflict also have 3 bonus tracks each.