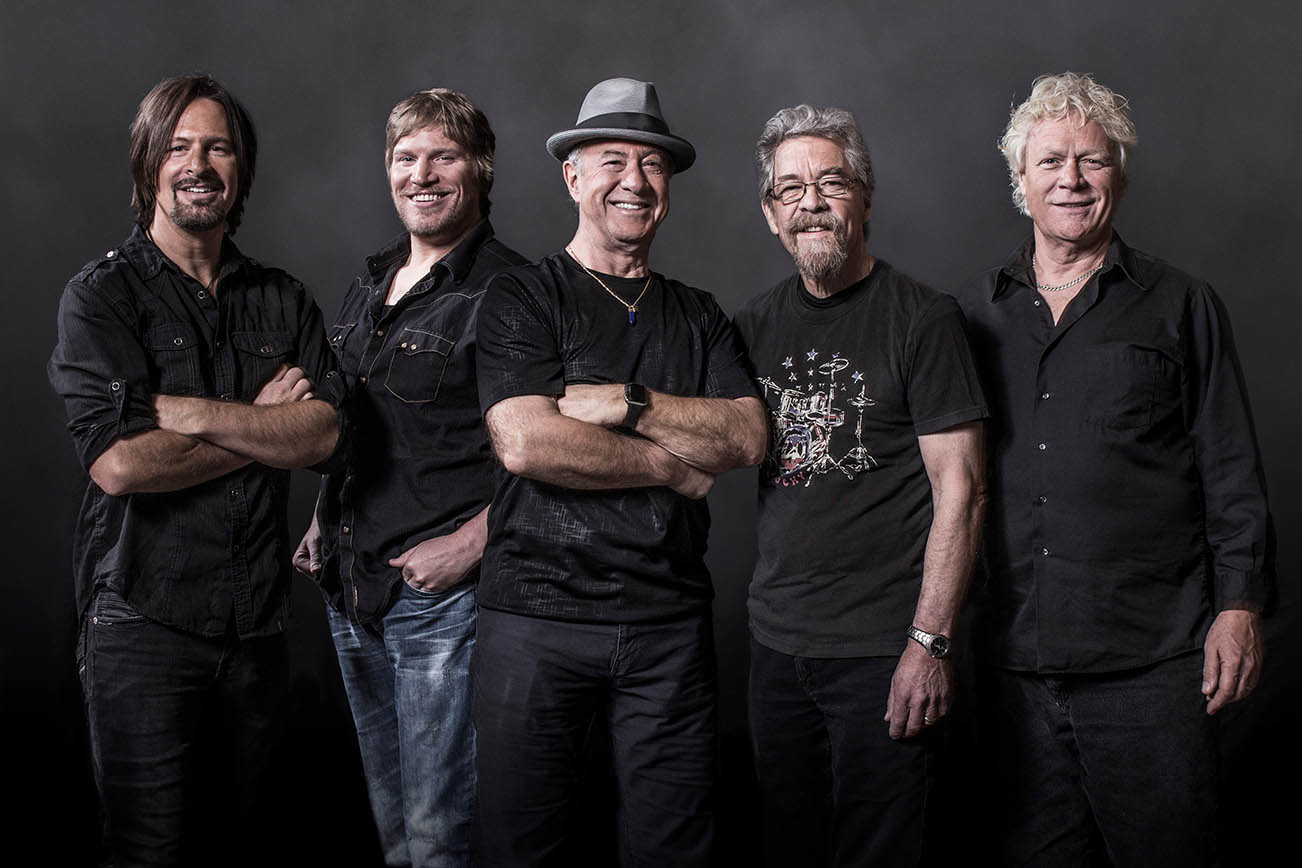 Few bands are universally loved like Creedence Clearwater Revival. After all, how many bands have been covered by Elvis Presley, Kid Rock, Tina Turner, Solomon Burke, Alabama, Carrie Underwood, Bryan Adams, the Foo Fighters and the cast of Glee? The on-going influence of CCR is especially amazing considering that the band was only active for four years.

In 1995, the original rhythm section of CCR — bassist Stu Cook and drummer Doug “Cosmo” Clifford — regrouped under the moniker Creedence Clearwater Revisited. More than two decades later, Revisited remains a popular touring entity, as rounded out by guitarist Kurt Griffey, multi-instrumentalist Steve Gunner and vocalist/guitarist Dan McGuinness; an earlier incarnation of the group had features The Cars‘ Elliot Easton on lead guitar. The quintet is dedicated to performing Creedence classics as you remember them, as opposed to reinventing the CCR legacy or forcing you to listen to new compositions.

For someone who hasn’t seen you live before, what does your live show look like? Is it mostly hits?
Stu Cook: Yeah. That’s what people want.

Doug “Cosmo” Clifford: Yeah. We’ve figured it out over 22 years, a pretty good idea of what people come for. We’ve tried to put some things in there, but people want to be able to sing along with us.

Cook: We did some James Brown.

Clifford: We did some album cuts from Creedence. When you see people’s butts going to take a leak or get a beer, you know that’s not working. (laughs)

Do you have a favorite song to perform live? Or a song in the setlist that you see that makes you perk up?
Clifford: My favorite Creedence song, whether I’m listening to it or playing it, is “Born On The Bayou”.

The Foo Fighters have a great cover of “Born On The Bayou.” Do you have a favorite cover version of a Creedence song that you’ve heard?
Clifford: Elvis [Presley] doing a version of “Proud Mary” while we were sitting in the Oakland Coliseum. That was big.

Along those lines, when did you first realize that Creedence was an influential band that made a difference and not just a Top 40 band?
Clifford: As time went by, time is the testament and here we are. Three generations of fans, I see a fourth generation of single-digiters, seven, eight, nine-year-olds, and it continues. A broad range of ages.

When you’re not busy with Creedence, how do you like to spend your free time?
Cook: Diving, golfing, kayaking, biking. I’m an outdoors guy.

Clifford: Playing with my grandkids. I like to write songs, I’ve been going through old stuff I did for other projects throughout my career, sort of resurrecting that stuff to be able to listen to it and mess around.

Any chance of that is going to come out?
Clifford: I don’t think so.

Clifford: I would love it.

Finally, any last words for the kids?
Cook: Stay in school.

Clifford: Yeah, stay in school. Do the best that you can.