French death metal cult Skelethal have released their latest song “Pantheon of the Abyss” from the highly anticipated debut album, Of the Depths. The album is due out on June 23rd via Hells Headbangers. Skelethal is made up of two diehard death metal addicts, Gui Haunting and Jon Whiplash who decided to form a band in 2012 in the mold of Entombed, Carnage, Morbid Angel, Pestilence, Autopsy, and Death. With that foundation firmly in place, Skelethal unleashed the Morbid Ovation demo in 2012 and then two critically acclaimed EPs, Deathmanicvs Revelation in 2014 and Interstellar Knowledge of the Purple Entity, which were later compiled onto one album in 2015 called Morbid Revelations.

Of the Depths Track Listing: 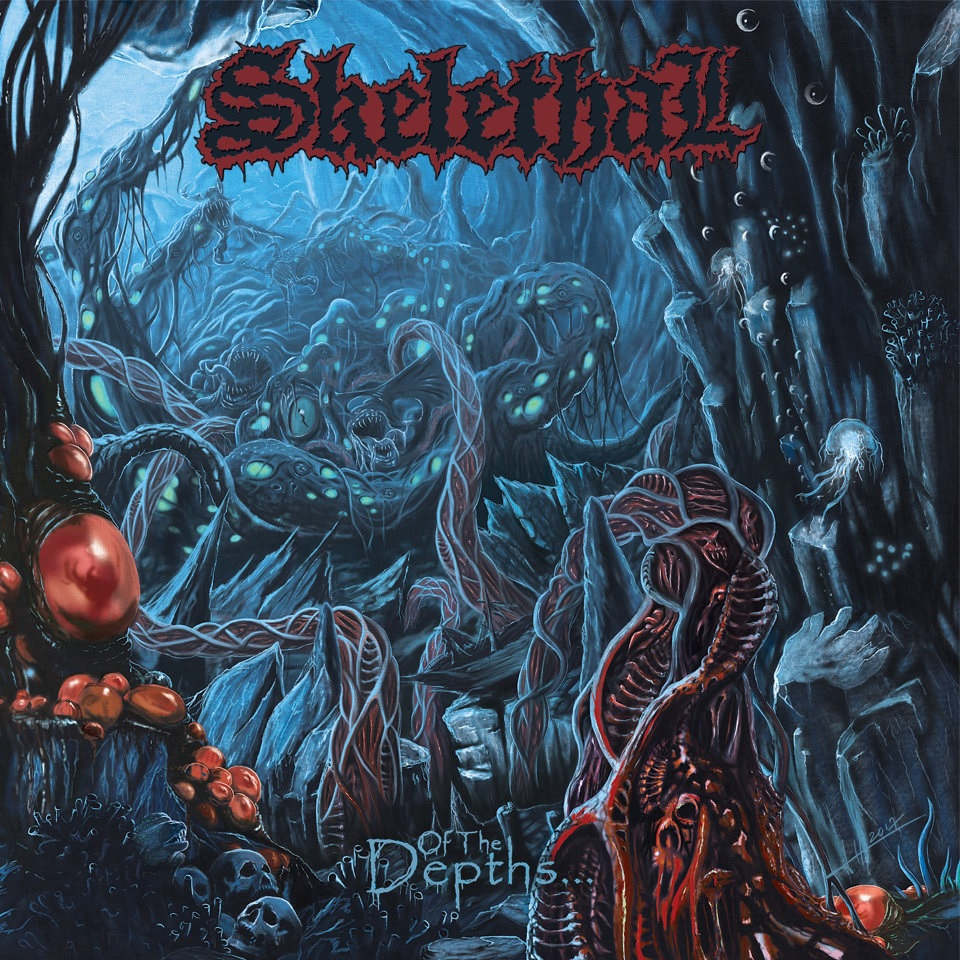