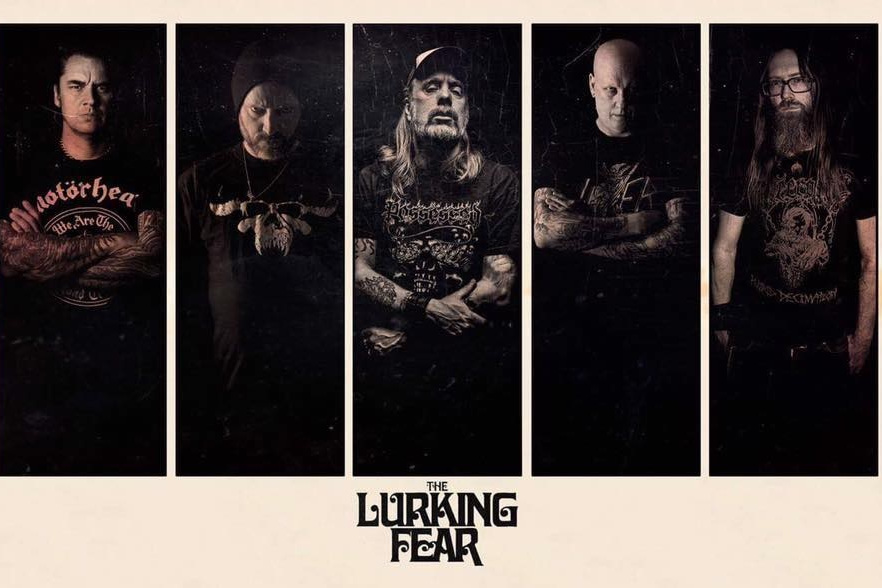 While Swedish Death Metallers The Lurking Fear are completing the recordings for their debut album and also performing their debut live shows this weekend in Sweden, the band have launched their first digital single and also reveal some details about the upcoming album.

“So, here is the first full blast of pure death metal filth for you maniacs, taken from the 3-track self-titled debut 7” EP! “Winged Death” is our little death metal epos about hungry Lovecraftian insects devouring you from the inside out. It has all the different elements of The Lurking Fear, the fast, pounding death metal mayhem, the slow, creepy horror/doom parts and howling screams of terror. Straight out of our coffin!”

Of their upcoming album, the band said: “We are in the middle of wrapping everything up in the studio and have just started the mixing process for the 11 tracks we recorded. It’s sounding nasty and raw, just the way we want it! The record is called Out Of The Voiceless Grave and that title sums up what the album and actually band are all about. Our idea is that you get a glimpse of the horrors spewing out from our metal grave of interstellar death. The album is basically our Vortex spawn, a beast with eleven heads, all ready to devour you! We are very pleased with how it sounds right now, as the guys at Welfare Sounds understood our concept immediately and have managed to capture some pure death metal filth on tape!”