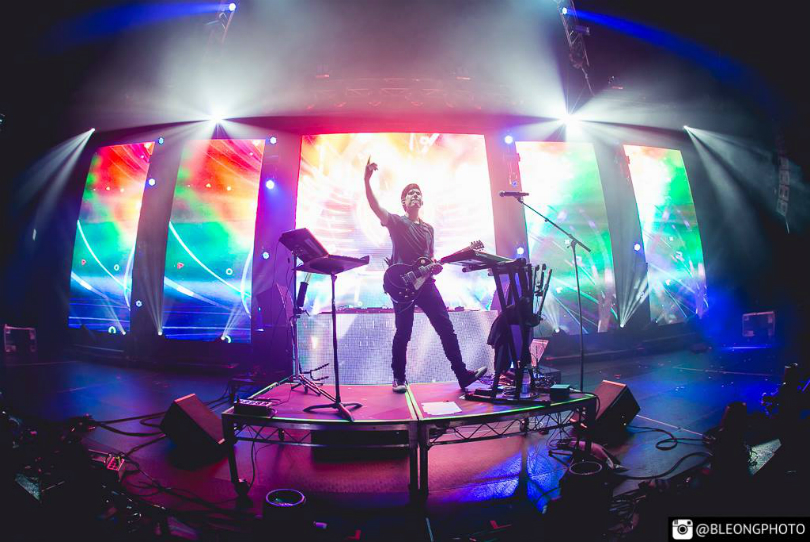 What makes good a remix? Or, what’s required of a DJ to keep a crowd enthused by the music they may or may not be familiar with? The simplest answer is, that like any other art form, it’s subjective. But Gryffin’s performance this past Saturday at Hoxton supports the theory that both performance and planning are integral to the overall experience of a show.

The Heading Home tour, named after the artist’s debut single, made its second stop in Toronto. The open floor quickly packed up with chatting groups and bodies casually shuffling to the opening tracks.  By the end of the night, fists were pumping, bodies were jumping, and all eyes were on centre stage. As with any concert, or chocolate chip cookies, there’s no one recipe for mesmerizing an audience. But these were the key ingredients I picked out:

Sound Blending
Gryffin has garnered significant online buzz by remixing some well-known hits including Ariana Grande’s “Love Me Harder,” and Troye Sivan’s “Youth.” Saturday’s song selection amounted to a multi-faceted EDM selection, including vocal trance, dubstep, alternative, soul, and electro house, to name a few. Some highlights for me were “Between the Devil and the Deep Blue Sea,” “Gotta Let You Go,” and “Two Minds.”

Venue Acoustics
Sound quality was a big part of the event’s success, and was pretty consistent within the performance space, even though the stage is at one end of a wide aisle. The main beat boomed to the point of vibrating the hardwood floor, however, the tracks themselves weren’t so deafening that they destroyed the capacity for conversation. Gryffin strategically turned up the intensity of the music, as the intensity of the audience’s focus on the music increased.

Lighting
Lights in an EDM act can act as significant catalysts when used to pull an audience deeper into a song. Combinations of deep blue, hot red, and pale white emanated from the four main lights at front-and-centre stage. Frequently, when the track was steady, they rotated at even speeds; two of them clock-wise, two counter-clockwise. But as the speed or rhythm became more erratic, they rotated in different patterns, and dispersed various combinations of light, thereby aligning with the song.

Track Lists
Sometimes awesome track lists are built in a day. Sometimes they’re built in minutes. In shows, main tracks are often structured around transitional music such as progressive house, giving the DJ the opportunity to take their time choosing the next track. What was apparent was that the artists were paying close attention to both the audience and what was coming next. They were talking with each other, making adjustments, comically reaching out to the crowd, and dancing nonchalantly.

Gryffin made for an impressive and a highly entertaining performance. The music was diverse and energized, the venue was primed for the performance, and the ambiance was well thought-out. Managing to pull all eyes of the audience on them, and off of one another, Gryffin demonstrated noticeable professionalism and clear talent.