Amy, a documentary by Asif Kapadia, made its Canadian debut last Saturday at Bloor Hot Docs Cinema as part of NXNE’s festival. A compelling, intimate, heart breaking documentary, it provides a rare glimpse of the six time Grammy winner who used her musical gift to create an escape only to eventually have that gift turn on her and offer no way out.

As is the case with many prolific artists, we watch as Amy (Winehouse) continually searches for authenticity both from herself and those around her, and while on that search falls into the emotional, often tragic downward spiral that comes with forcing oneself to examine and look inward.

Featuring previously unseen concert footage, album recordings, home videos and personal photographs, as well as interviews from some of her closest confidants and mentors such as Tony Bennet, Yasiin Bey, Mitch Winehouse, and ex-husband Blake Fielder-Civil , we’re presented with the ability to see Amy’s story cohesively, which makes her artistic path and eventual downward spiral so much more clearer.  It’s evident that she’s crying out for help and, with the exception of a few close friends, she’s dismissed and ignored.

Overall, I’d have to say that even though the film was insightful and I enjoyed watching it, my general feeling toward it was that of anger – anger at Amy herself, anger at her parents for not paying attention, anger at the music industry (who forced her to fulfill contracts even though she wasn’t well and was incapable), anger at her ex-husband (who goes in depth about his relationship with Amy and how it was his influence that led Amy to try heroin and crack cocaine for the first time) and anger at the relentless media who hounded her until the day she died.

Amy is a film that forces us to confront many truths about ourselves, about Amy, and what (if any) role we had to play in her short lived life. You should see if you get the chance. 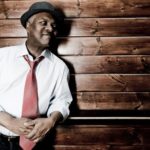 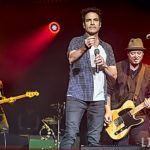