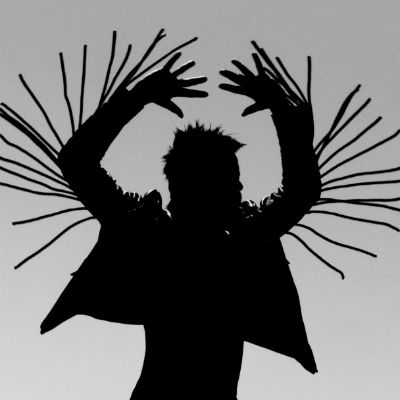 After a long and anticipated wait, George Lewis, Jr., aka Twin Shadow, will release his new album, Eclipse on March 17th. The album is a mixture of new wave and indie rock – quirky and eccentric, yet also catchy and pop at heart, incorporating clear melodious hooks creating an electronic and synth pop sound.

Magnifying art and emotion, Twin Shadow uses his third album to demonstrate how he has evolved as an artist. Bursting with dramatic emotion, the album illuminates his moments of vulnerability and uncertainty. It’s the soundtrack of his life and how he felt while recording the album, full of disbelief and late-night thoughts of love and loss.

The album is a contrast of different feelings. Tracks like “Locked and Loaded”, “Turn Me Up” and “Eclipse” set the scene with soft synthesizers that boost Twin’s relaxed vocals. The lyrics paint the setting of anxiety, hope and desire. One track that I really enjoyed was “Alone” featuring artist Lily Elise. The duet is a lovely catchy melody that takes you away with the enchanting vocals and lyrics about a rocky relationship. Whereas tracks like “Old Love”, “When the Lights Turn Out” and “To The Top” are more electronic and dance, with a more colorful tune.

Twin Shadow also released the music video for the track “Turn Me Up”. The black and white video is haunting, creative and mysterious. It flawlessly captures what the song is all about based on the lyrics, “Turn me up, I’m falling down, I’m always just following the best suggestion,” displaying Twin on the floor in need of someone who will take from him and give back.

It seems like Twin Shadow has found himself while recording this album and it’s delightful to see an artist who is able to take their personal pain and sadness and use it to write amazing and emotional songs. Be sure to buy Twin Shadow’s album Eclipse when it comes out March 17th!