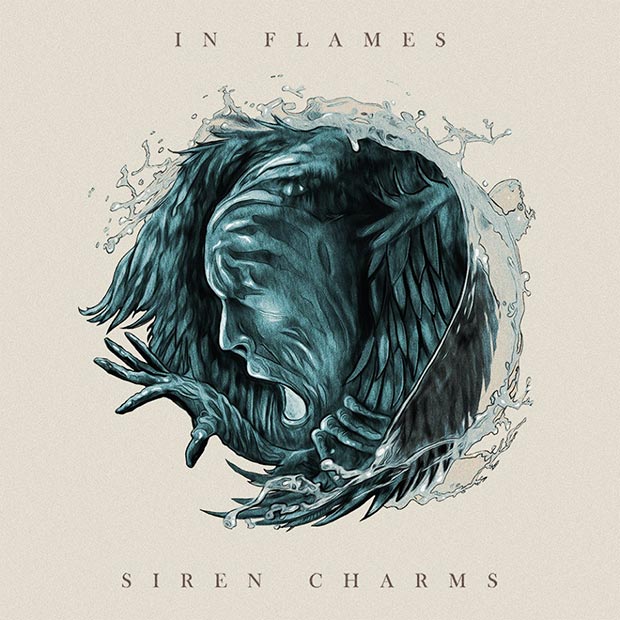 In Flames has always been one of the more proficient and consistent metal bands around, releasing quality albums every two years or so. Even after the departure of integral member Jesper Strömblad in 2008 (something that would be debilitating to most bands), they released their best effort to date, Sounds Of A Playground Fading. Rejoice, metal world, for they are back with another release, Siren Charms.

Though undoubtedly a decent album, Siren Charms disrupts In Flames’ streak of each new release being better than the last. While previous releases have been progressively better, Siren Charms leaves a little something to be desired. “In Plain View” starts off with some great ominous effects, a little reminiscent of Hans Zimmer’s ‘The Dark Knight Rises’ soundtrack, but then leads into a rather forgettable track. Unfortunately, in my opinion, most of the tracks are also lacking the In Flames hook/drive/punch that we all know and love.

While this may be because the band chose to experiment more with Siren Charms – different choice of studio, different songwriting approaches, much more delicate vocals from Anders, more synth presence – there are still lots of good things to be said. “Rusted Nail” was one of my favorites, with an extremely catchy chorus. “Dead Eyes” is, in my opinion, probably the only true “In Flames” song, very recognizable sound right from the opening chords. “Monsters In The Ballroom” is jumpy and power-driven, captivating from start to finish. “Filtered Truth” is an excellent closer to the album, being one of the more dynamic songs and exhibiting the balance between melodic and heaviness that In Flames is so well-known for.

Sure, none of the tracks were amazing from start to finish, and I found myself craving the usual melodic leads – I’m talking Colony/Clayman/Whoracle status melodies that were still present in the previous album (see “Fear Is The Weakness”). Nonetheless, Siren Charms proves itself to be a great effort by the band to branch out, continue redefining themselves and push boundaries. I trust that maybe after the 20th listen, this album will be one of my favorites, because let’s be real for just a second… In Flames We Trust!

Check out the song “Rusted Nail”