Chicago’s La Armada has unveiled the stream for their latest EP Crisis! Recorded by Andy Nelson of Weekend Nachos and featuring seven tracks of fiery, socio-political hardcore punk, Crisis is a focused effort which hones in on the percussive side of La Armada’s native Caribbean music while staying true to its DIY punk and hardcore roots. These new songs showcase a variety of rhythmic patterns seldom heard in heavy crossover music while maintaining the attack and intensity that characterizes the band’s ferocious live show.

During the early and mid-2000’s La Armada established themselves as one of the most influential bands in the hardcore/punk scene in their native Dominican Republic. In 2007, after making a tough but ground breaking decision to leave their homeland, the band relocated to Chicago, Illinois. After becoming immersed in the city’s infamous music scene and touring extensively around the country, the band became exposed to distinct subgenres including grindcore, power-violence, crust-punk and traditional hardcore and metal sounds. After recording for their whole career in their native Spanish, La Armada has now been recording songs in English. 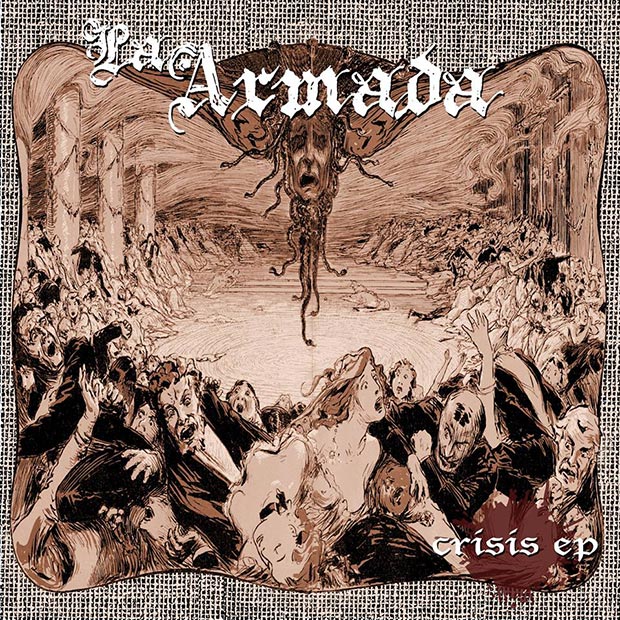