Toronto, Canada continues to produce bad-ass bands at an near alarming rate. But no one’s fucking complaining, cause that’s a good problem to have. Enter the relatively new punk rock quartet PUP. These guys are new (duh!), raucous, and fall into the aforementioned “bad-ass” bracket. With their self-titled debut out now in Canada and set to drop everywhere else on April 8th, we grabbed (not literally… that isn’t nice and we’re Canadian) guitarist Steven Sladkowski to find out more about the record and his gear. Word.

What one piece of gear do you use to obtain your signature sound?
Sladkowski: The Death By Audio Robot pedal. It’s manufactured by some dudes in Brooklyn who also run a DIY venue called Death By Audio.

What about it makes it so important to you?
Sladkowski: The Robot is one of the most insane and unique pedals I’ve ever used. It has a four way selector – fuzz, fuzz with an added octave down, fuzz with an added octave up, and a fuzz arpeggiator – and a dial that mixes in eight-bit noise with the signal from your guitar on any of the four selectors. 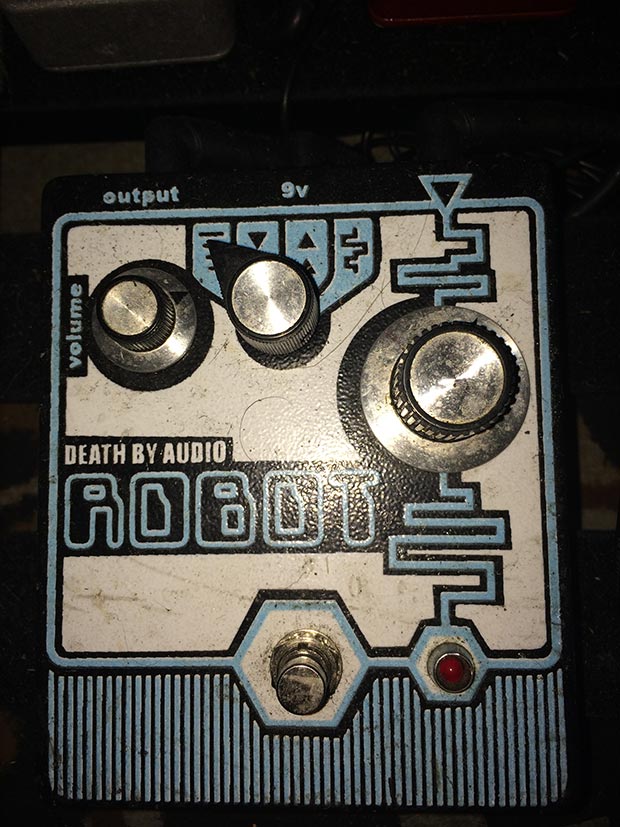 How was this gear used during the recording of your latest album?
Sladkowski: The Robot is present to create a lot of texture and noise on tracks like “Yukon”, “Back Against The Wall”, and “Guilt Trip” – and wherever some chaotic heaviness is needed.

How do you recreate your album (guitar/vocal/bass) tones in your live set?
Sladkowski: Our album was recorded on our touring gear, so it’s quite easy. Obviously not all of the settings are always the same – and you can’t run your amp for nine hours like you can in the studio – but we want our album and live show to sound as similar as possible, so we try to remain consistent.

What are the major pros and cons?
Sladkowski: It’s great to be able to closely recreate the sounds of our album whenever we can. That being said, you never want to get too comfortable – we are always trying to tinker with sounds, add new pedals/sounds/tones so that things don’t get stale. It’s necessary to explore the range of sounds you can get from the gear you use and never settle on one thing. 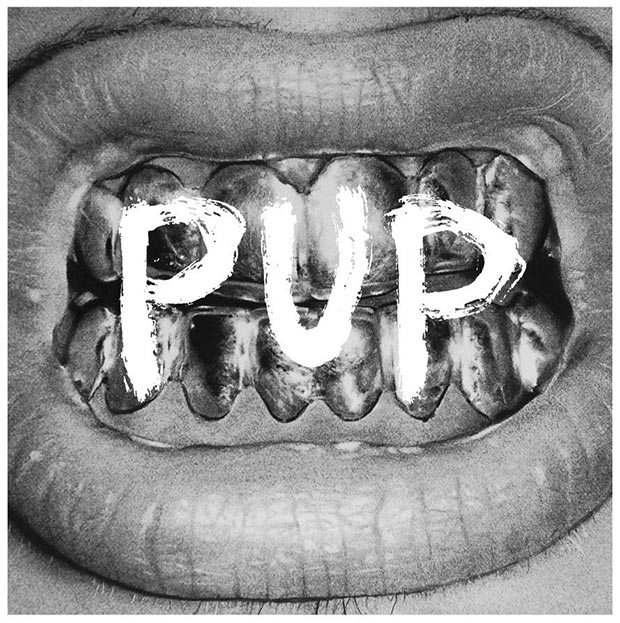 Do you have a backup for this gear, if so, what?
Sladkowski: Nope.

How long have you had it, how do you use it, would you ever change it?
Sladkowski: I’ve had it for about a year and a half. Sometimes I feel like the pedal will do whatever it wants to do no matter how hard I try to dial it in, but I generally use it for noisy/heavy bits in our set and often for transitions between songs. It’s a very distinct sound, so I try not to overuse it; it can be obnoxious and very disorienting if used too often.

Give us your best “gear goes wrong” story.
Sladkowski: We played a gig in Toronto last Summer in the middle of a heat wave – it was about 40 degrees Celsius (104 F) because the A/C in the venue was broken – and during our last song, a beer got spilled into Stefan’s (lead singer) amp. His guitar cut out and then venue filled with a noxious smoke – it turned out that the beer had shorted the circuit board and melted most of it.

Any final thoughts or comments on the gear?
Sladkowski: If you like the sound of a pedal, buy it. If you don’t, you’ll regret it forever. That’s how I ended up with the Robot and I’ve never been disappointed.

Check out the song “Reservoir”