Signed to the small label Retro Futurist Records, the Columbia, South Carolina-based post-doom quintet – composed of (Jonathan Warf (guitar), Roger Caughman (guitar), Bradford Marino (bass), Hampton Dodd (vocals), and Josh Gilley (drums) – is set to release their absolutely pummeling new album, The Make Believe, on March 25, 2014. Loaded with elements of doom, sludge, metal, noise, etc. this recording will tear your ear drums open while simultaneously leaving your mouth agape. Thankfully we managed to score some time with Caughman to discuss some of his key gear, and the new album.

What one piece of gear do you use to obtain your signature sound?
Caughman: 1969 Sunn 1200S.

What about it makes it so important to you?
Caughman: Jonathan (our second guitarist) and I have spent years and years trying amplifiers across a large horizon of tonal differences. Sunn amps have become the product of this experience and are the amps that just make sense to us. Coincidentally both of us ended up owning a 1200S built in the same year only a few months apart from each other. The amp is the most lush yet transparent sounding amp we have ever owned. Plus, it’s loud enough to hold its own in any application.

How was this gear used during the recording of your latest album?
Caughman: Strangely enough, we did not use the 1200S on The Make Believe. Instead, we used a Marshall JTM45 clone built by Clark Amplification. Reason being that we wanted a more “focused” sound for the purpose of recording Darkentries material for the first time. Although, we do plan to use the 1200S on future releases. 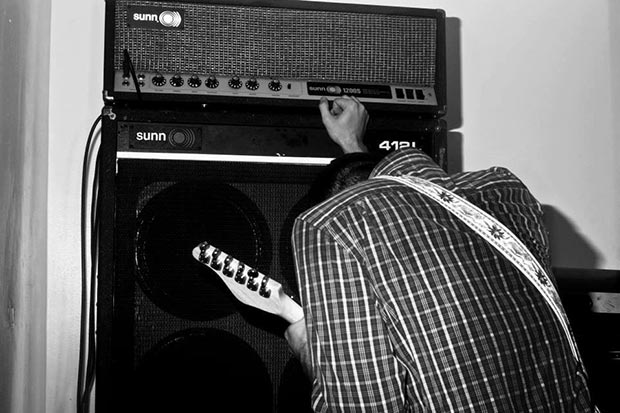 How do you recreate your album (guitar/vocal/bass) tones in your live set?
Caughman: We spend a lot of time making sure that what we play is audible while still allowing us to use effects like fuzz and reverb to the amount that we did on The Make Believe.

What are the major pros and cons?
Caughman: The 1200S creates a warm clean sound with lots of low end like we desire, and can fill a room unlike most other amps. It is a non-master volume amp and is around 150 watts so to get the big sound we want out of them, it requires turning up to about 4-7 (depending on the setting). However, in turning these amps up, they can get extremely loud extremely fast. Sometimes when playing on stages or smaller rooms it’s easy to drown out drums and vocals due to this. Playing them through single 412 cabinets as opposed to two at a time helped us tame that though. And on top of that, they’re vintage amps so handling them is usually stressful because they are relatively finicky and fragile.

Do you have a backup for this gear, if so, what?
Caughman: I have full reliance on mine, but Jonathan fortunately owns a ’68 Sunn 200S if anything were to malfunction. 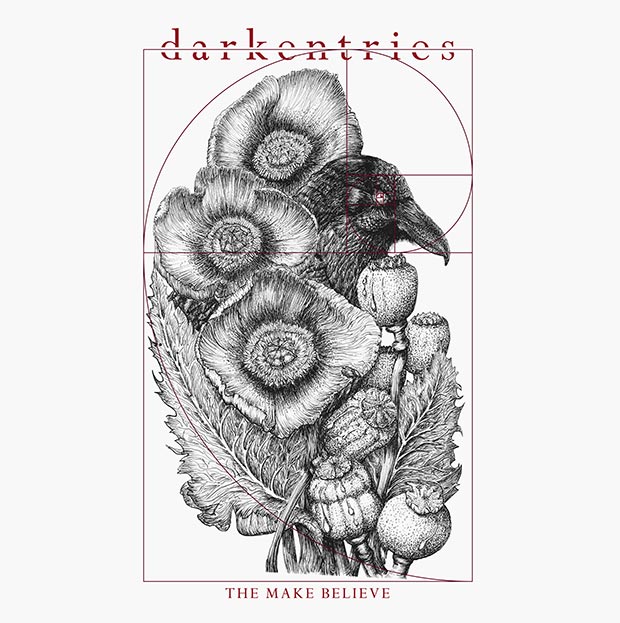 How long have you had it, how do you use it, would you ever change it?
Caughman: I have owned mine for about a year now and Jonathan has owned his for about two years. Currently boosting mine with a Voodoo Labs Sparkle Drive and a green Sovtek Big Muff. Jonathan is boosting his with a Caroline Guitar Company Icarus and using a RAT for the dirtier stuff. Both of us use quite a bit of modulation as well.

Give us your best “gear goes wrong” story.
Caughman: Jonathan seems to have a new amp issue almost every month. Luckily it’s never happened during a show so we’re lacking any wildly interesting stories. I guess that’s a good thing, in this case.

Any final thoughts or comments on the gear?
Caughman: If you use a Line 6 Spider IV outside of your bedroom, please stop.

Check out the song “I’m Tied of Being Awake”