Need a solid dose of alt rock? Then check out this free download of Sydney, Australia band New Empire’s “Say It Like You Mean It.” The new song is from the band’s forthcoming third album In A Breath, due for release this coming January. In A Breath is the follow up to 2011’s highly regarded Symmetry which received international attention from media outlets such as MTV Buzzworthy, AOL, Kill Your Stereo, ArtistDirect and Pure Volume. Things really picked up for New Empire this past summer when they toured as part of the Van’s Warped Tour as well as earned opening slots with bands such as Owl City, Neon Trees, Good Charlotte and Simple Plan.

New Empire’s new album is a natural step forward for a highly talented quartet. “Say It Like You Mean It” is a perfect example of this new step forward as it puts on display the band’s new found vintage influences, using synths reminiscent of The Cure. In A Breath isn’t quite a concept album, but there is a general theme to it of stepping up in the face of adversity. Regarding this theme, lead vocalist and guitarist Jeremy Fowler said “trials come in many forms and often can beat us to the ground, but there needs to be a choice to stand up again. What doesn’t kill us only makes us stronger.” New Empire seems certain to be a force in alt rock for years to come. 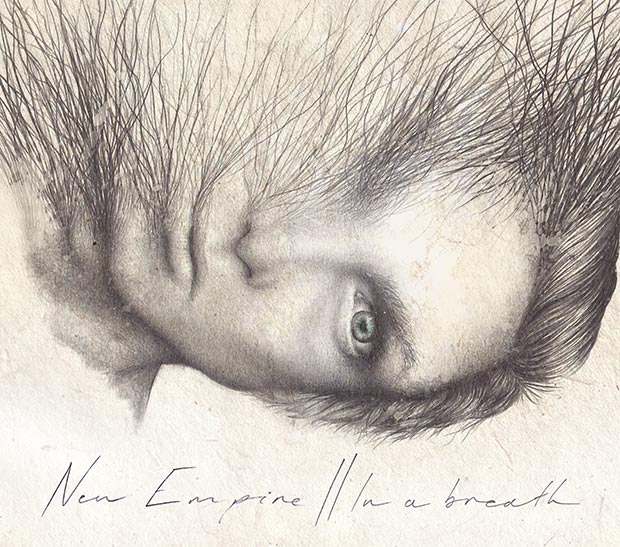