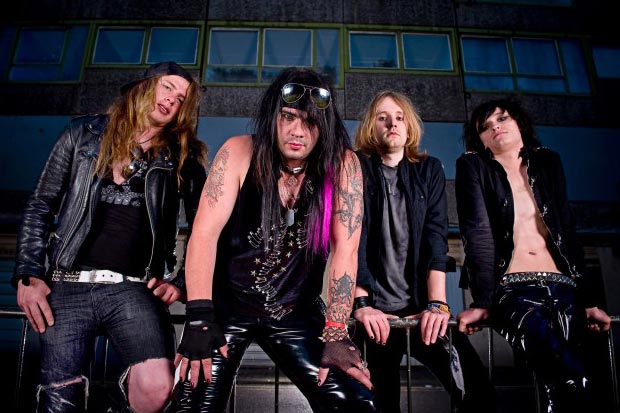 Knock Out Kaine – “Set The Night On Fire” [Free Download]

The Skinny: You could say that Knock Out Kaine are unfashionably cool for the year 2012. Over the last few years, the band has forged a chemistry far beyond their years which mimics only truly great bands. The group is by no means an overnight success story, as the members have been working hard trying to get anywhere since they formed in 2005. One of the biggest breaks for Knock Out Kaine came in 2008 when they won KERRANG!’s Best Unsigned Live Act which set them off on a flurry of touring through the bulk of 2009, 2010, and 2011.

One of the best touring experiences Knock Out Kaine has had was being the opening act for 22 dates with former Guns N’ Roses drummer Steven Adler’s, Adler’s Appetite across Europe. More recently KOK has toured with Chris Holmes of W.A.S.P. supporting his new group Where Angels Suffer through the UK. Now in 2012 the band is releasing its debut House of Sins, an album that has been a year in the making. To commemorate this wonderful event, here is a preview of the new Knock Out Kaine record with a free grab of the track “Set the Night On Fire.” 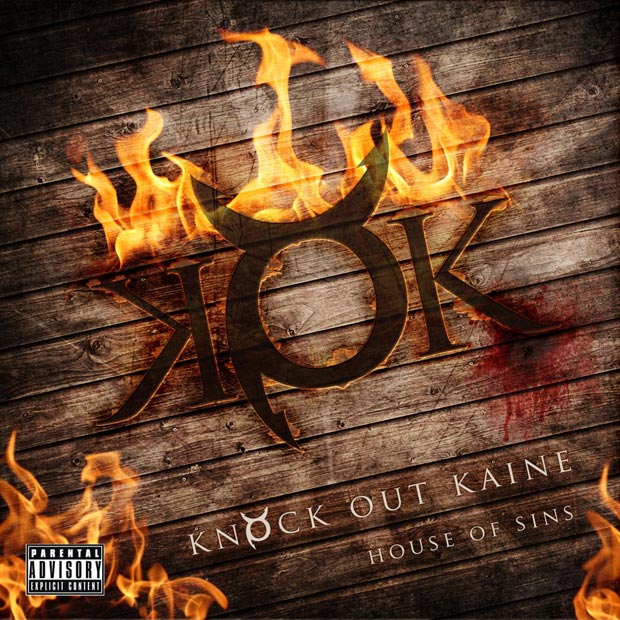