With the electrifying performance of the legendary band Fishbone in the opening scene of this fascinating documentary, director Raymond Gayle effectively establishes and proves his point: black musicians REALLY rock and oh boy… they rock hard!

Originally premiered in 2005, Electric Purgatory: The Fate of the Black Rocker is a film that explores the history, role, hardships and current situation of black musicians within the North American Rock scene as well as their love/hate relationship with the record industry and the ironies of how they’re perceived by the public. In its moment, this doc had its fair round of attention in the Festival circuits, but the subsequent DVD release passed almost unnoticed. Seven years later, not much has changed about this subject and that’s why this film is still fascinating and worth being rediscovered.

Gayle spent a year traveling within the US trying to put together the pieces of a very intricate puzzle that intends to bring a new light to the importance of black musicians in the creation of Rock/Metal and their constant innovation within the genre. He also brings to the table interviews with high-caliber music figures like Vernon Reid (Living Colour), Doug Pinnick (King’s X), Angelo Moore (Fishbone) and Bryon Davis (God Forbid), among others. They offer different points of view about many subjects, including how labels endlessly debate over how to market their ethnic collectives to the masses. There’s also plenty of debate about how difficult it is for most of these artists to find a niche within the White and African American mainstream audiences. At some point, the viewer will begin to feel sympathy for their cause, but not without realizing that this is a sort of unbalanced narration, only giving a voice to one side of the problem and ultimately not offering solid solutions to help to improve the issue.

Although it lacks the refinement and creativity of other rockumentaries with similar raw visual approach like Thrashed or American Hardcore, Electric Purgatory becomes a quasi-anthropological portrait of a vital – and often ignored – part of the Rock community. This is a compelling piece of rock history, a highly recommended human drama about real talented people trying to bring their art to new heights of recognition. 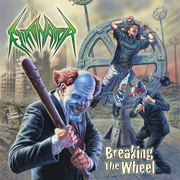