The Skinny: Even though grind metal foursome Buried at Birth call sunny San Jose, California home, that doesn’t mean their music is happy, poppy or upbeat. Quite the opposite in fact. Their tunes are an eery concoction of fast, spiteful grind interlaced with grooving thrash that really packs a punch!

Around since the Spring of 2010, BAB has done so much in so little time. They’re endured numerous line-up changes, recorded a 3-song demo with Scott Goodrich at Imperial Recording, played in and around California at skate parks, basements and VFW halls, released their debut 5 song EP, Smashed in the Face and released a 6 song digital album, Pestilent Hallucinations, on J. Randall’s label Grindcore Karaoke in December of 2011.

If that isn’t enough, in December 2011 Buried at Birth also dropped their first full-length album Force/Quit via Give Praise Records.  We know we don’t have to tell you twice to grab, share and enjoy this free download off the aforementioned full-length, so do it! Watch out for unreleased BAB material to soon show up and for the band to start a full US tour this year! 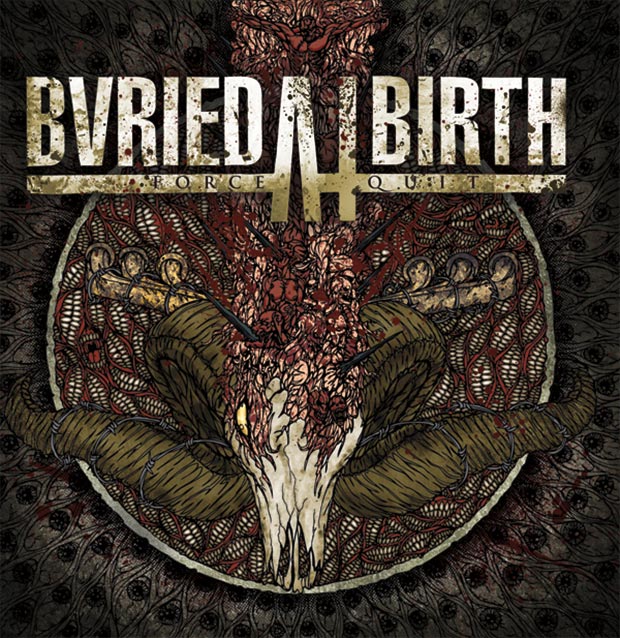