Experimental rock foursome Circle Takes The Square has unveiled their first new song in over seven years, “Way Of Ever-Branching Paths,” today, exclusively HERE. “”Way Of Ever-Branching Paths” is the third track on the band’s new digital EP, ‘Rites Of Initiation’, which will be released on August 23rd. ‘Rites Of Initiation’ is the first chapter of the band’s long awaited album, ‘Decompositions: Volume I’, that’s scheduled for release in November.

Clocking in at almost nine minutes, “”Way Of Ever-Branching Paths” is a dynamic and volatile opus with complex arrangements that explode over peaks and valleys of cathartic cacophony.

“”Way Of Ever-Branching Paths” has the most labyrinthine structure of the songs on ‘Rites Of Initiation’, and the lyrics were largely inspired by all those twists and turns,” explains vocalist/guitarist Drew Speziale. “We realized about halfway through writing it that we were building a maze of notes and riffs. We wanted to add another dimension to that hallway of mirrors by referencing the creative and emotional challenges that arose throughout the process of completing our record. I think most of the difficulties we experienced were probably some of the universal mile-markers on a path toward creative expression, and I started to look at the parallels between the “artistic journey” and the “rites of passage” utilized by many long-standing cultures and traditions. Those ideas filtered into the four tracks that make up the new EP.” 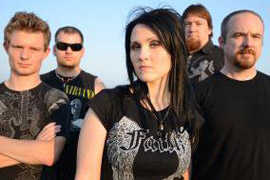 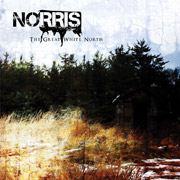