You might be surprised to hear that this year, Black Stone Cherry is celebrating their ten year anniversary. I recently spoke to the group’s always gracious, always polite lead singer, Chris Robertson, mainly about BSC’s latest and third studio record Between The Devil And The Deep Blue Sea – which just came out on the last day of May. In the interview, Chris gets us up to speed with what the band has been up to over the last couple of years since the release of their sophomore record Folklore and Superstition, including the writing process for the new record and the band’s initial hesitance about working with big-time rock producer Howard Benson. Chris also tells us about what it was like to record the album under the bright lights of Los Angeles, the land of movie stars that play bingo with politicians, instead of in the band’s usual comfort zone back home in Kentucky. Chris and the band are just getting underway with some summer touring which should start the band off on the road for the next couple of years. The past has been bright and the future only seems brighter for Black Stone Cherry.

You’re doing some tour dates in the United States right now. How have they been going?
Chris: They’re going awesome man, you know we seem to be a pretty good fit with Alter Bridge and they’re great guys, absolutely great guys. It’s going good; the crowds seem to be enjoying all three bands on the tour so it’s going awesome.

When did you finish touring for the last album and at what point did you seriously get to work on the new one? Did you take a break or did you get right into it?
Chris: We stopped touring in December of 2009 and we started writing a little bit in January when we got home when it was cold, but John Fred got sick so we ended up taking a month and a half, almost two months off just to relax. We hadn’t had any time like that off since 2005 so five years I think is time enough for a vacation I think. We took about two months just to relax at home and then we started writing really seriously at the end of February, beginning of March.

How many songs did you record in total? Was it difficult to decide on the twelve that appear on the record?
Chris: With demos and everything we recorded a total of between fifty and sixty songs I think. When it came time to actually record the record we recorded fifteen songs and then I think there’s going to be a deluxe edition of the album right off the bat that has all fifteen songs we recorded, but in the normal version we only have the twelve on it. But you know the three songs we didn’t put on the album, they’re great songs, we just didn’t feel like… well I won’t say we, the label wanted to have twelve songs on the album instead of fifteen and we figured we’d try to pick the best twelve. It was really hard man, that’s why we’re glad we’re doing a deluxe edition right off the bat as well.

Are any of these twelve songs leftover from past recording sessions or were they all conceived of during the writing and recording for Between The Devil & The Deep Blue Sea?
Chris: I’m trying to think… I think everything on the new record is brand new stuff. Like on the last record we had “Sunrise” which we did when we were like sixteen and we basically redid and revamped it and put the chorus in it and things like that but with the new record, it’s all brand new stuff.

How do you guys write? Do you just get all together in a room or do you work individually and then compose it together?
Chris: Man, all four of us get in a room together. Someone might bring in a riff or a melody or a lyric or something like that, but on the new record we actually had some help from outside writers and stuff and basically we’d just treat that person as a fifth member of the band for the day and all five of us would get in a room together and write the song. 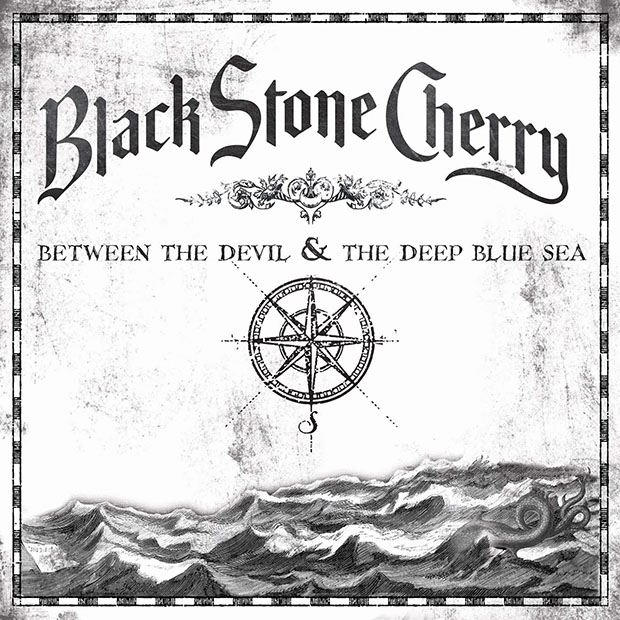 Some have referred to this record as being quite a change for the band. What would you say is new or different about this one compared to the first two?
Chris: I think with this record, the first record was more of a live kind of thing, like a more rambunctious kind of thing. And then the second record was a swampier sounding thing, we always went in knowing exactly what we wanted to do. And with this record we just went in and said let’s just make a rock record man, let’s not worry so much about making it swampy or sounding live, let’s just go in and make a great rock record to the best of our ability and not worry so much about everything else. And I think we accomplished that you know, there’s softer rock songs, there’s heavier rock songs and it’s more just like a rock record this time.

Speaking of the album title, it certainly sounds interesting. Where did this title come from?
Chris: Dan actually was looking online and stuff and found it and it’s an old sailor saying and there was a certain piece of the boat like right along the seam up to the top and when you had to hang over that to work they would call it working between the devil and the deep blue sea because they called that piece of the boat “the devil.” And I don’t think there’s a significant meaning to it, but like you said, it’s intriguing and people are going to ask questions about it which is what we wanted basically. We wanted a title that people would go, “Where did you come up with that, where did you find that?” And I think we did our job in that aspect.

To produce the album you worked with arguably the biggest producer in rock music today Howard Benson. How did Howard get on board for this record?
Chris: That was something brought up by our label and management because they had records with him in the past that had worked well commercially and everything and at first we didn’t really want to do it you know. We went and met with Howard and we were still kind of unsure and then we just kind of said you know, to hell with it, if it works, great, if not it’s the label who were the ones who wanted us to do it. But you know we went out there man and it was probably the best thing for us, we were out of our element recording away from the south and going out there just the four of us for the first time ever, just the four of us in a room with a producer and some engineers, not having our families there with us watching over the whole thing… It was good for us man, we actually finally got to do a record just the four of us with a producer and it turned out great, we’re very pleased with the way everything has worked out.

What initially made you uneasy about working with Howard?
Chris: That was a thing… they were all great bands that he had worked with, but we just wanted to keep our own true identity and we were worried that by going to LA and doing what everyone else does we would not be ourselves but if anything, going out there really opened us up to trying new things and we have a record that sonically, truly stands up to and competes with anything out there today.

The first single is “White Trash Millionaire” and I read that the band wasn’t all that crazy about the song, but Howard really lobbied for you to record it. What didn’t you like about it and what did Howard say to convince you to include the song?
Chris: Well the original version of the song was not the version you hear now. Howard knew that it needed work, but he challenged us to writer heavier music for it and change it up just enough to make it work. We thought he was crazy, but we tried it anyway and we rewrote the music and make it heavy and everything and slowed it down quite a bit and it came out well. It’s the first single and we’re just glad Howard pushed us to do that because if not, who knows what our first single would be.

Instead of recording closer to home, you ventured out to LA to work with Howard like you said a few minutes ago. How was this experience recording in a place far from the band’s roots in Kentucky?
Chris: Man, the weather was a whole lot nicer that time of year; January and February in Los Angeles is a whole hell of a lot nicer weather than in Kentucky where it’s snowy and cold. But like I said the biggest thing was it was just the four of us out there on our own out of our element and instead of having a shoulder to lean on with family we kind of had to play the stuff you know and make sure that it didn’t suck. Because you got four or five guys that you never met, they’re just going to sort of tell you, if you play something that sucked they’re just kind of going to look at you and go, “OK, you got anything better than that?” They would really challenge us to do that. If we were at home, they’d be like, “No man that was great” you know you’d have people telling you what you want to hear. I think it was good because like I said, it was just the four of us and no outside opinions outside the studio which is what we needed, we needed to go do that and have a change of pace a little bit.

What’s next for Black Stone Cherry? What are your touring plans for the summer and fall?
Chris: We’re going to go to Europe for a couple of weeks in June and then do the festivals and then we come back home and we’re working on some dates right now, unfortunately I can’t say what the tour stuff is yet because they’d get mad at me. We’re working on two or three tours for the U.S. in the summer and then we’re going back to Europe in the fall. Hopefully we can go to Canada again at some point, it’d be awesome. We’re pretty much going to be on the road for the rest of the year.

What about next Winter and Spring? More touring?
Chris: Yeah, I guess we’re going to get home right now, tentatively around the 10th of December or something like that and be off until the New Year, but until then we’re not going to get much of a break. We’re ready for it, like I said we’ve been off the year since 2009 so just being on the road, we’re more than happy doing it.

Gear Review: As I Lay Dying guitarist Phil Sgrosso on his PRS Torero 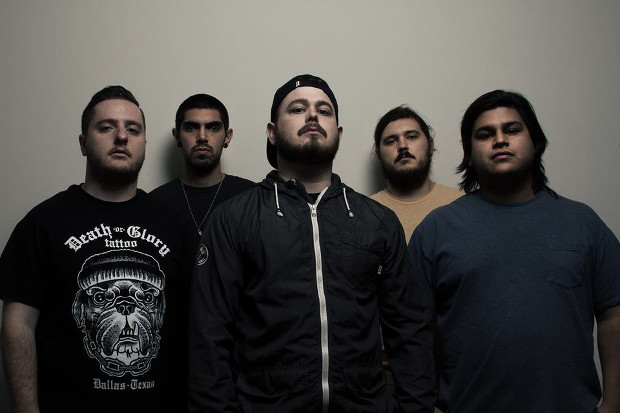