Not long ago my friend Chelsie Gardiner, vocalist for the Australian punk band Friends With The Enemy, played Soundwave Festival sharing the stage with New Found Glory, Coheed and Cambria, Amberlin, Less Than Jake, Sum 41 and more. I emailed her recently asking a few questions about her experiences and the EP New World DisOrder. This is what I got back from her.

Tell me the history of the band and how it took form.
Chelsie: We started back in 2009 all coming from different bands, and we all wanted to play the same style of music. Stu, Matt and myself started the band, and we’ve been through a couple of different bassists and guitarists, but with the tour to America, we’ve secured ourselves with Andy and Callan who fit in really well.

So your name ‘Friends With The Enemy’, was it derived from the “No Use For A Name” song?
Chelsie: Haha, you guessed it! It’s so hard coming up with a name everyone agrees with, so we just went through our play list on our comp, going through all band song names. Came across NUFAN ‘Friends Of The Enemy’… googled it, there was already some band with that name, so we changed OF to WITH. We were all over trying to think of names, so we agreed on Friends With The Enemy.

Your EP New World DisOrder has been out for some time now. Are you satisfied with the outcome?
Chelsie: For our first release, definitely! Hopefully that has gotten our name out enough so when we release our next album it reaches more of an audience.

What’s your favourite song on this album?
Chelsie: Mine personally, would have to be “Dear Friend.” It’s the song I feel most passionate about when I sing it. Funny enough though, the person I wrote it about has calmed down so much since we released it, and it’s not so painful to be around them anymore. They must have learned something from the song! Haha.

What is the writing process for this release?
Chelsie: Well since Stu and I live together, songs come pretty quick. Stu comes up with songs all the time, and Matt and Stu are on the same wavelength when it comes to writing, that the music side of things happens fast. Everyone is usually waiting on me for lyrics. If I have an idea in my head and it’s something I’m really passionate about, the song comes together quickly.

So what is the Australian music scene like? Lots of punk kids?
Chelsie: Mmm… there could be more. The music scene is actually pretty small compared to other countries. It is definitely growing through, and more and more kids are getting into punk rock everyday which is cool.

You toured this summer with Guttermouth in the States, how was it going their for the first time and touring?
Chelsie: Amazing! To be able to tour America was one thing, and to play shows with Guttermouth was unbelievable. They are a band that helped me get into punk rock when I was younger, so it was such a surreal experience. Guttermouth then came out to Australia a few weeks after we got back, and we played a couple more shows with them over here which was awesome.

Not long ago you also played Soundwave, how was that and what was the crowd reception like?
Chelsie: I’m still in shock that we actually got to play Soundwave! It’s been weeks and it still hasn’t sunk in! Haha. It was so amazing to play with bands like Pennywise, Millencolin, Social Distortion, New Found Glory… the list goes on. They are all bands I grew up listening to, so to share the stage with these bands still blows my mind. The reception was better than I expected. We played first and opened up stage 3. Usually they open the gates just as the first band starts, so your playing to about 4 people. But this year it was well organized, we had people running to our stage to watch us, and we had a much bigger crowd than I was expecting. The reviews I’ve read on us were really good, so I’m very happy with the whole experience.

So what do you listen to a lot of these days?
Chelsie: Pennywise pretty much never leaves my stereo. Though since The Black Pacific has released their album, that’s getting played just as much. Jim Lindberg is my hero! But bands that are on a constant replay are: Mute, Forus, This Is A Standoff, A Wilhelm Scream, Strung Out. Anything that’s fast and melodic gets me going.

I remember joking once when you were in your old band Elijah how you should write a song about your dog Milly, have you ever though about doing that?
Chelsie: Funny you say that, Stu and I were just talking about that the other day. I love how Bradley Nowell of Sublime sung about his Lou Dog. Makes me happy when people love their animals, because I love Milly more than words can describe. She’s a Staffy that seriously thinks she’s human. So much personality. I can definitely see a song written about Milly coming up in the future!

What is next for Friends With The Enemy?
Chelsie: Recording a new album is top priority. We also want to get to Canada at the end of the year! So that is something we are looking into. 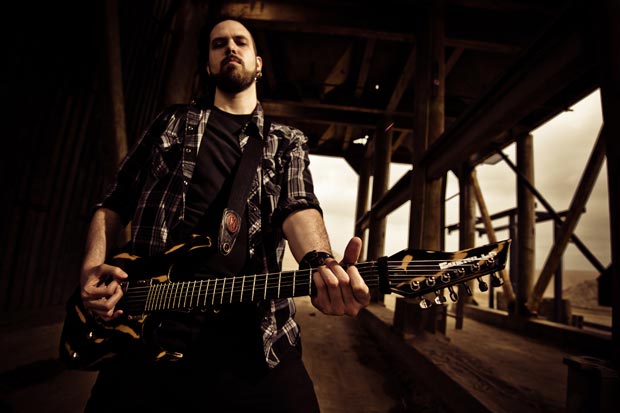 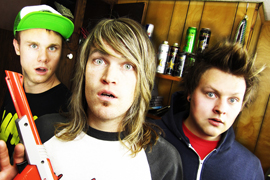