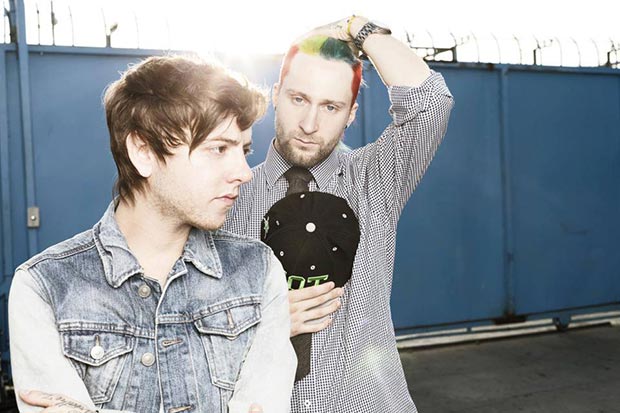 Get a taste of Breathe Carolina’s live show with their new video for “Down”, featured exclusively on AOL now at THIS LOCATION. The band’s interpretation of Jay Sean’s “Down” is taken from ‘Punk Goes Pop Volume 3’, in stores now.

Breathe Carolina is also excited to announce that they will be direct support to Forever The Sickest Kids. The “Spring Break Your Heart” tour will sweep the U.S. this April, with support from This Century, We Are The In Crowd, and Before Their Eyes.

Fresh from their appearance at the Winter X Games 15 last week, Breathe Carolina is back in the studio putting the finishing touches to their third album, slated for release this summer. The album was named by Alternative Press as one of the Most Anticipated Albums in 2011. The band will also play this year’s Soundwave Festival in Australia later this month.