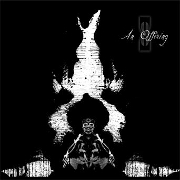 “SHOT DEAD” the first words heard on the album An Offering, by Calgary trio, Inner Surge. Bringing back some nu metal sounds and mixing it with more current metal, Inner Surge has shown us it’s alright to be unique. Now sit back and listen to my impressions of An Offering.

As previously mentioned, this album has influences of nu metal. This is evident by the clean-picked guitar masked with a chorus effect throughout the majority of the verses followed by a blast of distorted chords for the choruses. Overlaying the guitar work is loose-sounding bass guitar which is heard mainly in the verses, giving a twangy feel. The drums have their generic parts but at times Bryan Sandau takes the lead on the high hat, making the snare the secondary beat. I don’t think any other band has seriously done this type of drumming since Incubus in early 2000. A good revival of a great sound.

The vocals have their own twist. Steve Moore, the vocalist, marches to the beat of a different drummer. Instead of writing clean vocals that flow easily with the instrumentals, he’s taken it upon himself to write off-sounding vocal lines that have their own rhythm giving the songs a grungier feel. In additional praise, Steve Moore isn’t one to shy away from disturbing issues. His lyrics focus on religious crimes, holocaust revisionalism, genocidal militias, corrupt governments and corporations, indigenous rights, personal politics, and the decayed state of modern music. It’s refreshing to see a record with lyrical content hitting on serious matters.

One song I especially enjoyed was “From The Depths”. The chorus is one that I catch myself singing… “Tell my story, tell my story to somebody….” The words are intense and build a strong atmosphere for the song that follows, “Stimulus Response”. What a great formula this band has, diversifying themselves from bands of the same genera. I am also a fan of the spectacular artwork throughout the album, done by Free Zen Design. The album is black and white, giving a positive/negative feel that revolves around a skeleton sitting cross legged. It is a simple art design but very effective.

Inner Surge has presented us with An Offering that nobody should refuse. Head on over to Cyclone Records and purchase a physical or digital copy of the album. This is for fans of The Unravelling, Tool, Caveat and Wormbox.  [ END ]