“In Falconetti, who plays Joan, I found what I might, with very bold expression, allow myself to call ‘the martyr’s reincarnation.’” – Carl Theodor Dreyer

It has been said that one cannot know the history of film unless you know the face of Renee Maria Falconetti. She made only one movie, but her face – in fear, pain, confusion, sorrow and exhulation – is unforgettable. She plays Joan of Arc in the silent film The Passion of Joan of Arc, which documents her final days before her death. For someone not used to watching silent films, her performance can be an overwhelming one. Joan of Arc’s experiences are written so clearly on Falconetti’s face, that we cannot help but experience them ourselves. In a written manifesto, Dreyer states that handling the film as a costume drama might have more accurately portrayed the 15th century, but would have intellectually and emotionally distanced the spectator. “What counted was getting the spectator absorbed in the past…The year of the event seemed as inessential to me as its distance from the present. I wanted to interpret a hymn to the triumph of the soul over life. What streams out to the possibly moved spectator in strange close-ups is not accidentally chosen. All these pictures express the character of the person they show and the spirit of that time.”

Joan of Arc was beatified in 1909 and canonized by the Catholic Church in 1920. It was then that the circumstances of her death began to interest the Danish director, Carl Theodor Dreyer. More is known about “The Virgin of Orléans”, as Dreyer referred to her, than almost any other personage from the middle ages. Joan of Arc came to prominence through her contribution to the coronation of King Charles VII of France and the eventual end of The Hundred Years War. The Hundred Years War – actually a series of wars separated by outbreaks of peace – was fought between the royal families of England and France over who would be the claimants to the succession of the French throne, based on centuries-old Salic law. The English army gained the upper hand after the Battle of Agincourt in 1415, an event memorably captured in William Shakespeare’s Henry V (see versions by Laurence Olivier (1944) and Kenneth Branagh (1989) for what would make an excellent double-feature with this film. I prefer the Branagh.).

Henry V and Charles VI both died in 1422, however, a handful of months apart. As a result, occupied France recognized the young Henry VI as the heir to the English and French throne, while Charles VII was held to be the true heir by the southern, unoccupied regions. By 1429, Henry VI’s army occupied much of France north of the Loire and was laying siege to Orléans, the last city in the region to remain loyal to France. If Orléans had been captured, historians believe the rest of France would have quickly fallen to the English forces. However, at the age of 17, Jeanne d’Arc, a shepherdess from a small village, with the blessing of the uncrowned King Charles VII led a small army to Orléans and ended the siege in only nine days. She asserted that she had visions from God which told her to recover her homeland from English domination. With small forces of great mobility, Joan swiftly struck at several targets, bypassing Paris, where England expected her to strike, to instead free the city of Reims, allowing Charles VII’s coronation and eventually settling the disputed throne of France.

Joan was captured by the Burgundians in 1430 after a skirmish in Compiègne. After ordering a retreat, she was determined to be the last to leave, but the rear guard ended up being captured. After several escape attempts (including leaping from a 70 foot tower), she was purchased by the English government and put on trial in 1431 for the crime of heresy. It is here that the film begins. The film itself only covers her final trial and execution. By convicting her of heresy – she believed God himself had led her to victory over the English – the English government believed the legitimacy of King Charles VI would be undermined. A series of judges try to trap Joan of Arc into admitting to heresy. At one point they ask if she’s been sent by God. “Oui…to save France.” In order to trap her, the judges ask her if she is in God’s grace, an answer of ‘yes’ leading to an admission of heresy, a ‘no’ leading to a confession of guilt. She confounds them by responding: “If I am not, may God put me there; and if I am, may God so keep me.” The judges decide to convict her regardless of theological proof, and trick her into signing a confession instead of receiving torture. She repents however, as she does not wish to forsake God. They have no choice but to execute her. In her final hours, a young priest, Jean Massieu, attends to her and asks her “Just as Jesus was the Son of God, so you claim to be the Daughter of God?” She does not reply.

There are several aspects of the film that make it unsettling to modern viewers, one being the naked emotion displayed by Falconetti, a second being the strange, asymmetrical sets, a third being the complete lack of establishing shots and a fourth being an unusual film grammar. In watching the film, viewers will notice many edits that are not used as would be familiar: to show someone speaking, or whom they are speaking to, or how they are standing in relation to one another. Instead, it is entirely possible not to have any idea of how two or three people in this movie are spatially related to each other. This disconnect draws us closer to Joan’s confusion and disorientation. As a result, it is possible to come away from this movie convinced these are the actual people involved, that Dreyer somehow filmed Joan’s trial—on the original print there were not even credits or a title.

In the final moments, she is burnt at the stake and cries out to God “Will I be with You tonight in Paradise?” In response to her death, the people rise up in a somewhat apocryphal revolt against the English oppressors. Although The Hundred Years War continued for 22 years after her death, her successes and martyrdom were key contributors to the eventual French victory. One historian has stated that “she turned what had been a dry dynastic squabble that left the common people unmoved except for their own suffering into a passionately popular war of national liberation.” Her feast day is celebrated on the 30th of May.

Up Next in the Film Canon: The accidentally-greatest-film-ever? 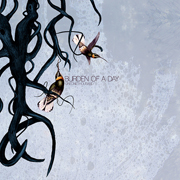 Burden of a Day