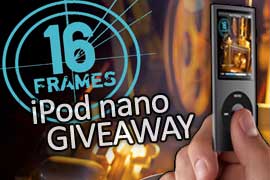 Brief Bio: Precisely 35 seconds into the opening track of 16 Frames’ debut album, the clouds part and a monumental chorus breaks through. “Then you wake up to the big change/To the breakup done at close range,” sings bandleader Steve Sulikowski, climbing upward through a dense forest of guitars to the top of his range. “And that love is such a cruel thing,” he continues, as he relives this heartbreaking moment, “What you want, you got/But you can’t hold on anymore.” At once intimate and overwhelming, it’s a breathtaking passage, one the listener isn’t prepared for, not only because it happens so quickly, but also because such transcendent moments are so uncommon in 21st century rock. As it turns out, conjoined musical and emotional crescendos are plentiful on Where It Ends, the album in question (released March 24 on Verve), produced by the veteran Matt Serletic (Matchbox 20, Santana’s “Smooth”). 16 Frames is the creation of frontman Steve Sulikowski who found himself influenced by the likes of U2, Rolling Stones and Elvis Presley. The future is anything but static for the Los Angeles based quartet with their music already featured on MTV’s “The Hills” and in the new promos for ABC’s “Private Practice.” 16 Frames also recently toured with Sheryl Crow, Crowded House and Pete Yorn.  [ END ]

Prizing:
To celebrate the March 24th release of their major label debut album, Where It Ends, 16 Frames and PureGrainAudio want to hook up one grand prize winner with a shiny new iPod Nano. The decked out iPod will be loaded up with the new Matt Serletic (Matchbox 20, Santana) produced album featuring the single “Back Again” and engraved with the band’s logo on the back. Enter for a chance to win now!