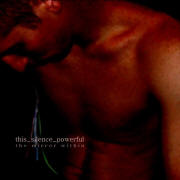 This Silence Powerful is a five-piece band that hails from Nevada. I cannot find a weak point in any members’ talents; they are all very good at their instruments. The band consists of Marc Davis (drums), Daniel Peterson (guitar/vocals), Alex Hay (vocals/guitar/bass), Homer (bass), and last but not least Nick Bonauro (keys/vocals/guitar). Two members, Homer and Nick Bonauro, are not listed on the CD as they are newer additions.

The band decided to lead this album off with the track “Panacea.” I feel that this is a great song to lead off the album with as the intro is very slow and creates a good affect for the first track. The instrumental in the song is nothing too special, but it is quite simple enough for the average player to pick up his or her instrument and jam right along. The vocals in this song are very easy to follow along with also, no tricks by the vocalist so anyone can just sing right along without worrying about sounding out of tune with the vocalist.
The eighth track on the album is called “Palindrome.” This song is just a nice acoustic song that every good band must have to make there album successful. The soothing sounds of the acoustic are pleasing to the ear. This Silence Powerful does a great job on this song, it’s completely original, the instrumental is soothing in the beginning and breaks into a heavier electric guitar riff later on in the song to please both the easy listener and the heavier music fan. Overall, I feel this is a great song to have on this album, it helps in the sales category and just sounds great to the ear.

The final song on this album is entitled “Waste.” The intro to the song is not a very complimenting riff, it is down tuned which I personally am not a fan of, the riff simply doesn’t compliment to the rest of the album. The song doesn’t get all that much better from the intro. I feel that this is probably not the best choice in songs to end an album with. If the song was located somewhere more along the middle of the CD it would not have been as noticeable, however, I would expect them to have saved the best for last, when the rest of the album is much better than the last song I can’t help but feel a little bit of a let down.

Overall, the album was very well written, and extremely well played. I look forward to hearing more music from This Silence Is Powerful. They do not lack talent at all, I have a feeling that we will be seeing an even better album fairly soon. I would recommend this album to fans of: Tool, Chevelle, A Perfect Circle, and Radiohead. I give This Silence Powerful a 8.3/10 for there newest album The Mirror Within.  [ END ]