Overburdened, overexposed, and overwhelmed, we live in the age of ‘overload.’ And really, as technology evolves, it’s only getting worse. Musician Dave McAnally is quite concerned with all of this, and he is using his new EP Mercenary Notes Pt. 1, released under the project name Derision Cult, as a platform to make his views on these issues known. In McAnally’s view, the human race is being overstimulated in the 21st century, and the media is doing us no favours. The EP is a statement against this and also something of a guideline on how to maintain your mental health in a media-dominated environment where fear, paranoia, and sensationalism are the driving force behind what you are being exposed to.

Mercenary Notes Pt. 1 features an impressive lineup of collaborators, including Chris Connelly (Ministry, Pigface), Reeves Gabrels (David Bowie, The Cure) and Justin Broadrick (Godflesh). You can already start to look forward to Mercenary Notes Pt. 2, which will be released sometime this year.

Vox Populi is our new interview series in which we discuss political and social issues. We recently spoke with McAnally about information and our access to it, ways of combatting it, and its effects on mental health in society.

No matter what your political or ethical outlook, there are issues and topics that we are all passionate about. Some examples are climate change, human rights, poverty, military conflicts, prejudice, and economic disparity.

With this in mind, what’s the issue or topic that you are most passionate about?

Dave McAnally: “I’m secretly kind of a political and history junkie, so I have opinions about everything in one way, shape or form! But above all, and a big motivation behind Mercenary Notes Pt. 1, I’m really concerned with how humans receive information about the world. All of our news and ways we learn about the world is filtered through a narrative or an agenda behind it, and I see how that impacts people.

“In the past 30 years, it’s been a problem, but only in the social media era has it gotten to where it’s leading to real anxieties and hysteria. It’s important people are equipped with the skills to decipher what’s propaganda or emotion-provoking and what’s a real piece of information. It’s getting harder and harder, and our ability to decipher what’s real needs to get more adept.”

Why is this issue so important to you?

“My kids are going to grow up in a world very different than the one I grew up in. They’ll be permanently affixed to the social grid. They don’t know anything other than an entire society that walks around with a super-computer in their pockets that can tap into all the world’s information. There are some wonderful things that can come about because of a reality like that, but there are also very real dangers.

“My wife was a mental health nurse for a while, and she saw firsthand how social media, over-stimulation and digital media have led to severe depression and suicide. In America, the survival instincts required in the 21st century may be different than they were in the 18th or 19th century, but they’re still survival instincts you need to be equipped with.”

When did you first get involved in this issue?

“It really became real to me during my time in the advertising industry. I saw how common it was to create narratives and manipulate the public by drafting on big issues like the Me Too movement or Black Lives Matter. It’s one thing to convince a segment of the population they’ll meet hotter women if they drink a certain beer. It’s quite another to subtly drop hints in the shows they watch or the ways they share songs or whatever that they won’t be perceived as racist if they buy certain products.

“It was around the 2016 election when it seemed like everything became political. Corporate social responsibility went from being about recycling around the office to pushing social enragement and political unrest to where it becomes toxic. I’m not in that business anymore, but it’s fueled a lot of what I do now musically.”

What do you see as the biggest contributing factors to the issue?

“It’s human nature. There’s a saying that enragement equals engagement. When we’re pissed off we’re irrational. And we’re more susceptible to irrational messages and thinking. So the more pissed off society is, quite literally, the easier they are to manipulate. When people are scared, anxious and frightened about the world around them, they’ll look for safety nets everywhere.

“Without naming names, there were a couple brands who seized on the Black Lives Matter movement with their advertising, and one of those brands saw a 20 billion dollar hike in their market cap that year. When everyone else saw that, it was basically game on.”

What are some ways you’ve contributed to the solutions to this issue?

“Well, musically, it’s a topic I’ve touched on across two EPs now. I believe one of the most important things to do is talk about it. It’s kind of like an alcoholic or a drug addict; the first step in recovery is acknowledging you have a problem in the first place!

“But beyond that, I do a lot of consulting with businesses on how they market. I build rational campaigns that speak to specific challenges people have, and rather than fool you with gimmicks and mind tricks to sell products, and we use things like search engine optimization to connect the questions people have with solutions. It’s a lot more value to the organizations and better for society when brands focus on direct engagement with consumers.”

What would be the simplest solution to this issue? Would you want to take this approach?

“Well, the simple solution is to stop buying the stuff! Don’t buy products from brands that fund political movements and use social unrest as a vehicle to promote their brands. It’d start there. But realistically, I think it really starts with people just being aware that everybody is trying to sell you something all the time. Before we react to anything we read or see, we have to ask what emotions its trying to provoke from us. It’s sort of like knowing how the magic tricks are done. Once you identify these things in your life, they have less of an effect on you.”

Who has been the biggest inspiration in trying to deal with this issue?

“I think the work Scott Galloway has done to expose some of the downsides to big tech and how they’ve engaged in social engineering over the past decade has been really important. He’s got a book called The Four I would encourage everyone to read. It came out maybe five years ago, but it’s eerily more relevant today.”

“In some ways, yes. I’m not a big fan of governments getting involved in much of anything. But in this case, there are probably some new regulations needed to limit who and how political action committees can be funded, who can donate to campaigns and how the news can be reported. When we de-regulated that in the ’80s, things seem like they really started getting crazy.”

If left unchecked, where do you see this issue heading in the years to come?

“We’re facing a severe mental health crisis in America. You could break down a number of reasons this is happening. But if we don’t start to get a grip on how the world is presented to us and how overstimulation is creating anxieties and hysteria, we’re really headed into some unchartered waters. I expect more civil unrest, more suicides, more just plain unhappy people.” 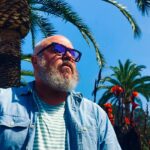 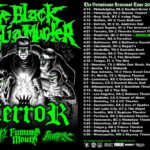