While things may now be fairly settled for most musicians, the fire is just getting started for Isaac Watters with the forthcoming release of his new EP Extended Play 001. Coming to you on January 17th via hi-res records, the four-track release was inspired by the singer-songwriter’s time spent living in Los Angeles. Watters moved to the City of Angels about 20 years ago. After that time spent in one of the most iconic cities in the world, he finally felt like he had the experience, point of view, and street credibility (so to speak) to make a record about it. The songs are about the dirt, the dust, the grime, the smoke, and the fire of LA, all of which are both real and metaphorical elements of the city.

There was a large emphasis placed on how the album was recorded, which made hi-res records the best label to help on delivering these songs. Watters chose to record, mix, and master the songs all in analog, which put limitations on him when it came to recording, but it also helped ignite his creativity because of the confines within which he was working. With analog recording, it forces you to commit more fully to your songwriting, which offered him a context which he flourished within.

With the release of Extended Play 001 upon us, we recently caught up with Watters for a Stereo Six, in which he runs down six records that were influential to him in writing and recording this EP.

“I listened to this record on repeat in architecture school in 2007. Right around the same time, I started writing songs. Maybe something in there snapped it open for me. Still my favourite Wilco album, of course, I love Yankee Hotel Foxtrot and Ghost is Born too, and Sky Blue Sky when they added Nels Cline, but something about the frenetic energy and deeper and darker lyrics on Summerteeth makes it the record of theirs that I still go back to.”

“I love the way Bill Callahan sings; it feels like he’s about to fall asleep by the campfire. But the phrasing of his lyrics just gets me every time. Listen to ‘Riding for the Feeling,’ such a great song. If you close your eyes, it actually feels like you are on a horse riding across open country.”

“One of my favourite records. Impossible for me to pick a favourite Nick Cave record. Last time he came to LA I actually saw him play two nights in a row. I think this is his first record with Warren Ellis, and that new collaboration set him on this amazing path of beautiful albums one right after the other, where his poetry is front and center.”

“Especially the song ‘My Sad Captains,’ The sense of time and history it gives to a night of drinking with friends. Somehow the song feels as big as the street, and the entire night sky, and thousands of years all in a few minutes.”

“One of my favourite bands, and I think this is my favourite record of theirs, but somehow they’ve managed to make only records that I love.”

“I just started listening to Craig Finn recently, and I love the stories in his songs. Each song feels like it could be a great film, or an HBO show. Also, recommend his record We All Want the Same Things. 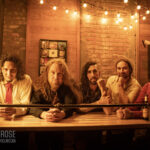 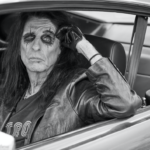