R&B star, SZA, announced her upcoming tour, S.O.S; the tour announcement follows the release of her sophomore album, S.O.S, which was released on December 9th. The tour will begin in late February, and SZA’s special guest on tour will be Omar Apollo; check out the details below. 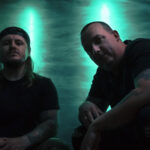