British Columbia’s doom and heavy psych trio Hail the Void unveil all details about their forthcoming sophomore album Memento Mori, to be issued on Ripple Music as part of Blasko’s special curated series.

Their new album and Ripple Music debut is even more ambitious than their critically acclaimed self-titled and self-released debut. Through eight powerful songs that draw from the colossal heaviness of Electric Wizard and Windhand, while also reaching magic rock realms worthy of Pink Floyd and All Them Witches, Hail the Yeti produces a remarkably cohesive record brimming with finely crafted melodies, intense build-ups, and soaring vocals from frontman Kirin Gudmundson.

Ozzy Osbourne bassist Blasko, who signed the band to Ripple Music under his exclusive partnership with the label, comments:

“Hail the Void released one of strongest debuts I have ever heard. The lead single ‘Parasite’ was one of my most listened-to songs of the year. I am beyond excited to work with these dudes on their sophomore release. Expect to see big moves from Hail the Void in the years to come!”

Memento Mori will be released in various vinyl editions, CD and digital on February 17th, 2023. Artwork was designed by Welder Wings. 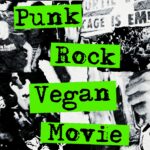 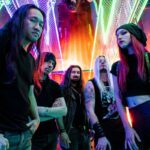