Over the last few years, since their formation in 2018, Pretoria has been a single-releasing machine. Each has been distinctive in its own way, ranging from surf punk to more of a nostalgic retro-soul sound. The Michigan-based indie rockers have now returned with two recent single releases, “I Blew It” and “Roller Derby.” Both songs are as catchy as ever, each featuring a slightly different sound but also succeeding in giving you that pleasant, summery feeling that is becoming synonymous with each new Pretoria release.

As the band continues to ready their debut album, which will feature a track listing of their best material yet, we caught up with them for a brand new Quick & Dirty interview. Read on as we pose a bunch of random, sometimes ridiculous questions that really have nothing to do with music at all!

Must-have on your rider?

“A green room with a bathroom so (drummer) Ben (Dewitt) can brush his teeth.”

If your life were a book or movie, what would the title be?

Would you rather be a zombie, vampire or werewolf?

Dewitt: “Vampire, for sure.”

If you could have anything as a pet, what would it be?

Top three songs of all time?

Matt Burdick: “‘This Must Be the Place’ – Talking Heads.”

If you could hang out with a famous person (dead or alive) for one day, who would it be?

Dewitt: “Does Jack Stratton from Vulfpeck count as famous?”

What was your first concert?

How do you drink your coffee?

“Out of our cupped hands.”

Favourite book of all time?

Name a big guilty pleasure of yours.

What’s the best venue you have ever played, and why?

“The Breslin Center at MSU. It was the biggest show we’ve played so far, and the sound and crowd energy were fantastic.”

Burdick: “Good Will Hunting if I’m sad and Face/Off if I’m happy.”

Dewitt: “Wait, is Face/Off actually spelled with the slash? I didn’t know that.”

Bilisko: “The Fellowship of the Ring.”

“Trying to get our parents together and fix the DeLorean before we stop existing.” 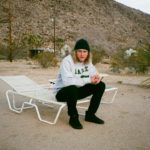 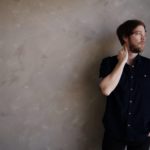