The Made In America music festival has taken over Benjamin Franklin Parkway in Philadelphia for its 10th Labor Day weekend. The two-day lineup curated by Jay-Z included performances by Tyler, the Creator, Bad Bunny, Lil Uzi Vert, Pusha T, and much more.

Days leading up to the festival, Tyler, the Creator, posted on his Instagram story hinting that his Made In America set would be his last performance for a while, leaving fans curious as to what’s next. This uncertainty quickly dissipated when Tyler took over the Rocky Stage for his headlining set to announce that this would be the last show of the Call Me If You Get Lost era.

Tyler’s character development since his last Made In America appearance in 2012 has been one like no other. His musical growth and maturity since his first studio album, Goblin, released in 2011, have pushed him to the forefront of a career filled with recognition and no creative boundaries. His subject matter and tone being the most noticeable difference, allowed a whole new light to shine on his composition. His vocal range continues to amaze with each project and theatrical performance he does. When closing out “NEW MAGIC WAND,” Tyler demonstrated a beautiful growl that caught the whole city’s attention. It felt like a hardcore scream more than anything, and the crowd instantly reciprocated the energy.

The setlist was divided into sections that touched on each album until cycling back to “I THOUGHT YOU WANTED TO DANCE,” alongside “RUNITUP” to close out the night. As Tyler bowed and stepped down from the grassy plain, the final “Call Me If You Get Lost” jingle and flutes sound off to the 35,000+ in attendance. 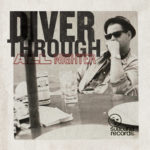 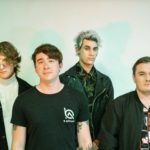