If the title of “Most Fun Band in the World” hasn’t already been taken by someone, then it should be awarded immediately to The Interrupters, and if it has, then whoever has it should FedEx it straight to Interrupters HQ and raise their game because, without doubt, the crown belongs to the LA ska punk legends.

Arriving in Manchester on the weekend of the Pride celebrations after playing at both Leeds and Reading Festivals, the band and their message of unity fit perfectly with the city’s vibe. They have a gang mentality, not in the negative sense, but in the ‘We’re all in it together, and everybody’s welcome’ sense, and with Barstool Preachers and The Skints opening up proceedings, we were always in for a good ‘ol knees up. Which is exactly what we got.

The Barstool Preachers are a lively bunch, and their ska punk gets the whole place bouncing from the get-go. The Skints have a cooler, groovier approach but get the same result, especially when they bust out a Capdown cover mid-set. Multi-instrumentalist Marcia is so impressive to watch as she moves from keys to saxophone to melodica to guitar and more, but it’s Joshua that gets the crowd really going as bassist Jonathan and drummer Jamie pin down the groove for everyone to dance to.

The Interrupters play the kind of music that will make you involuntarily lose control of either your limbs or your beer, and make sure you stay smiling throughout. Whether it’s their bouncy shouty singalongs with a strong Tim Armstrong DNA running through them or a ska-infused Billie Eilish cover that just sounds way better than the original, they cannot go wrong. Well, they can… a tongue-in-cheek yet ill-advised rendition of “Don’t Look Back in Anger” gets as many boos as it does cheers, but they put that right instantly by belting out The Buzzcocks’ “What Do I Get?”

Opening with fan favourite “Take the Power Back” and mixing a setlist that draws from the new album In The Wild and older material equally, they raise the energy levels every time, with the new stuff getting as big a singalong as the classics like “She Got Arrested” or “A Friend Like Me,” which is dedicated to Oxford John who followed them at every show from their first UK tour.

With Aimee Interrupter making use of every inch of the stage, and the photo pit, and the mobile Bivona brothers running, jumping and twirling around the stage, the energy of the band transfers to the audience and vice-versa. There’s a bit of a love affair going on here between the band and the audience, and Aimee’s frequent visits to get up close and personal surely makes everyone’s night – especially the young kids on the barrier for who this must be their first live show. It’s guaranteed to be a highlight for them for life and an extremely hard experience to beat.

Joyous, liberating and for everyone, as shown by the wide range of ages in attendance, an Interrupters show is as good as it gets. One big family gathering in unity, testing the structural integrity of venue floorboards worldwide. If you get the chance to join in the fun, take it. 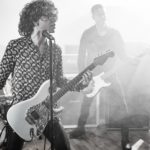 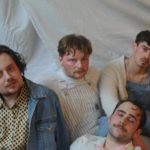