First up, Brit rockers Reef brought their own soulful rock to the Apollo with a great performance. Belting out classics one after another, including the song that made them famous – “Naked” – and the one that made them even more famous, “Place Your Hands.”

With “Shoot Me Your Ace” being the only brand-new track airing, they relied on their big hits to warm up the crowd tonight. “Stone For Your Love,” “I Would Have Left You,” and “New Bird” all nod to the heavier side of the band, with “Yer Old” being a full-on balls-to-the-wall ripper to close the set. They are one of the best bands the UK produced in the ’90s and are the perfect way to get the blood flowing before tonight’s headliners.

The Black Crowes appeared fully formed back in 1990 with Shake Your Money Maker. An absolute gem of an album that combined the feel of swagger and bravado of ’70s-era Stones and Faces with the soul of Atlanta. There’s not a bad song on it, and tonight we are treated to it in full.

As the band assembled at the bar at the back of the stage the jukebox was kicked into action to signal the start of the show, and then Rich Robinson opened proceedings with the beautiful chord progression that starts “Twice as Hard.” Add to this “Jealous Again,” “Sister Luck,” and “Could I’ve Been So Blind,” and you get an opening run of tracks that would turn most bands green with envy.

“If you don’t wake up on Sunday feeling shit, then you’re doing it wrong,” says Chris before introducing “Seeing Things” for the people who will wake up in a foggy haze tomorrow. With its gentle intro and Hammond organ undercurrent, it feels like a Sunday morning before it builds into a soulful crescendo with the addition of some goosebump-inducing backing vocals. The Black Crowes are like going to church, man.

Their take on Otis Redding’s “Hard to Handle” is probably THE most recognizable cover ever and has the crowd singing at the top of their voices. It makes way for a stomping “Thick n’ Thin” before one of the most beautiful songs ever recorded, “She Talks to Angels,” fills the Apollo with a beer-soaked singalong.

Traditionally you’d go to a Black Crowes show to witness some astounding jam sessions with some live tracks regularly reaching the 13-15 minute mark or longer, but it’s not until the final two album tracks that they start to venture into jam territory with “Struttin’ Blues” and “Stare It Cold” both receiving extended guitar outros, closing the Shake Your Money Maker part of the show. Playing an album in full in this way is probably the most rigid The Black Crowes have ever been with their setlists. You could normally see them consecutively night after night on previous tours and never witness the same set list twice.

The Covid delay meant it was actually closer to the 30th anniversary of their second album Southern Harmony and Musical Companion than the one we were celebrating tonight, which is probably the reason we were treated to some of the big hitters from that album, “My Morning Song” and “Thorn in my Pride” with “Remedy” closing the night out before Chris dedicated the Velvet Underground’s “Rock and Roll” to the massive list of world-famous bands made in Manchester.

As a fan, it felt so good to see the Robinson brothers reunited and to hear this music live again, and I, along with everyone else in the room, left the show with our souls replenished.

With the opportunity to play Southern Harmony in full now gone, we can hopefully look forward to the anniversary of Amorica making its way to this side of the pond in 2024. In the meantime, keep your freak flags flying! 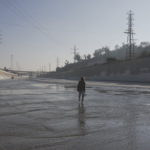 Debut EP ‘Around the Sun’ is Just the Beginning for GALASO 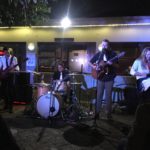