Swedish psychedelic rock juggernaut Ghost is in the last few days of the “Imperatour,” a run across North America supporting their 2020 release, Impera. On this latest leg of the run, the band brought along sludge/stoner metal giants Mastodon and Canadian breakout post-metal act Spiritbox as support. We were fortunate to catch the tour as it made its way on a dreary Fall evening to Bangor, Maine’s Cross Insurance Center.

The night’s lineup was pretty diverse and started out at peak intensity with a devastatingly heavy yet dynamic set from Vancouver, BC’s Spiritbox. As the band’s first show in Maine, it was fitting that it was held in the town of vocalist Courtney LaPlante’s birth. The group had the several hundred or so fans that had arrived early bouncing along from the get-go as they kicked into their set with the absurdly catchy single, “Circle With Me,” following with three more tracks off of their full-length debut, Eternal Blue, including the skull-crushing hit, “Holy Roller.” LaPlante and her cohorts sounded spot-on, if not better than the recordings, and the crowd seemed to eat up every minute. For the final two tracks of their 25-minute set, the band pulled out two new tracks from their latest release, Rotoscope, ending with a brutal breakdown in “Hysteria.”

Mastodon had a hard act to follow in Spiritbox—even more so with the number of concertgoers that had clearly been there early solely for the openers. Backed by a two-tier LED panel wall and with a set chock-full of newer material, Mastodon opened with “Pain With An Anchor,” off their 2021 release Hushed and Grim. It was awesome to get to see drummer and backing vocalist Brann Dailor actually visible on the stage with the setup they are running this tour and to hear his voice ring out right away this early in the set. They continued with two for the longtime fans, “Crystal Skull” from 2006’s Blood Mountain and “Megalodon” from 2004’s Leviathan, before dipping back into the new record with “The Crux” and “Teardrinker.”

Fittingly, as the set went on, the imagery on the LED panels seemed to get trippier and tripper. The band pulled out a few more surprises for devotees, including “The Czar,” from arguably one of the greatest progressive/stoner metal records ever made, 2009’s Crack The Skye. Mastodon closed their set with the classic “Mother Puncher,” to great enthusiasm from the crowd.

The arena was abuzz with anticipation as the stage, shrouded behind a curtain, was changed over for Ghost. At last, the intro rang out, the curtain fell, and the many Nameless Ghouls of Ghost emerged, followed soon after by Papa Emeritus IV (a.k.a. Tobias Forge) to play set-opener “Kaisarion.” If you haven’t seen Ghost yet, it is quite the spectacle. Fabulously dazzling lighting and set design, costume changes, not to mention the outfits and antics of the Nameless Ghouls!

While clearly highly choreographed, the band knows how to put on an immersive performance and musically speaking, Forge and his cohorts didn’t leave anything wanting. The band continued their set with the anthemic “Rats” and “Faith” off of 2018’s Prequelle. The hits would keep coming as the set went on and included (just to name a few) “Cirice,” “Hunter’s Moon,” “Con Clavi Con Dio,” and “Year Zero.”

Later in the set, after a rousing sing-along for “He Is,” fans were treated to a special guest who arrived in what seemed to be a clear, velvet-lined casket wheeled out on a dolly. The guest was none-other than Papa Nihil—for the uninitiated, another of the characters in Ghost’s canon—who joined the band during the song “Miasma” on saxophone after being resuscitated via “electric shock.”

The night ended with an incredible encore, including fan-favorites “Mummy Dust,” “Mary on a Cross,” and “Square Hammer.” If you have yet to catch Ghost on this run, you have one last shot on Friday, September 23, at Green Bay, Wisconsin’s Resch Center. 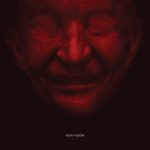