Where do you start with a record that, within thirty seconds of hitting play, has your neighbours crying? Well, that’s pretty much the case when it comes to From the Cave to the Grave, the new nine-tracker from Australia hatemongers Werewolves. As the opening intro gives way to vocalist Sam Bean spitting “Fuck You!” over and over and the Australia death metal trio hurtle into “Self-Help Book Burning,” it’s somewhat comforting to hear that the group has not lost any of the vitriol which made their 2020 album What A Time to Be Alive disc such a crushing affair.

In fact, having teased us with their DeathMetal EP earlier this year, we should be prepared for what is to follow, given the utter shitshow which hit the planet in early 2020. However, as this bullshit-weary death metal wrecking machine thunders into each track on this album, the unrelenting ferocity with which they spit out their songs still manages to take away your breath. “We are all old and full of loathing and cynicism. Our album smells like a battle-jacket,” sneers frontman Bean when casting his hateful eye over the new metal scene. He’s right as well. Tracks like “All The Better To Eat You With” and “Harvest Of The Skulls” reek like they’re rotting from the inside out. Zero trends, zero fashion statements, just pure filthy-drenched hate, and it wouldn’t be a Werewolves record if it sounded any other way.

From start to finish, From The Cave to the Grave is nine tracks of bile-drenched fury. “Nuclear Family Holocaust,” “Crushing Heaven’s Mandate,” and “Pride and Extreme Prejudice” boil over in a searing onslaught of blastbeat-laced death and black metal. There is nothing modern or current about this album. At no moment during this record is there anywhere you feel you could hear frontman Bean howl, “open up that fucking circle pit, you pussies.” If anything, at the mere glimpse of a circle pit to any of the songs on this record, you get the impression that the vocalist is more likely to come down and punch you in the face. Really. Fucking. Hard.

Essentially, for thirty minutes, what you’re listening to when you hit play on From the Cave to the Grave, is a solid wall of hate. Werewolves don’t write music to bang your head to, they write songs like “Watch Your Mouth,” which don’t so much make you loosen your neck muscles as much as they take your neck and rip it violently off your shoulders. From The Cave to the Grave is a vile album and an absolutely perfect soundtrack to the cesspit of modern life.

From the Cave to the Grave Track Listing:

1. Self-Help Book-Burning
2. We Are Better Than You
3. All The Better To Eat You With
4. Crushing Heaven’s Mandate
5. Harvest Of The Skulls
6. Oedipus Tyrannus
7. Nuclear Family Holocaust
8. Pride And Extreme Prejudice
9. Watch Your Mouth 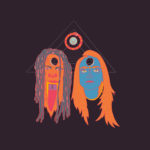 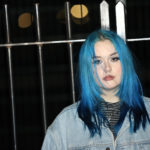