Introduced by her supportive family to classic British bands like Queen and Depeche Mode as well as US pop superstars like Destiny’s Child and Britney Spears, music has always been in the blood of Philadelphia-born, London-based alt-pop artist priestess.

Lessons in music and dance and auditions for X-Factor and The Voice pushed priestess further to the point that, by the age of 17, she had recorded and released 3 EPs. Now taking inspiration from the likes of Hayley Williams, Harry Styles and Yungblud, the alt-pop youngster has just released her edgy shopping for smiles EP, an intensely personal collection of songs inspired by not only dating, love and loss but also courage, strength and survival.

Before delving into a track-by-track rundown of each of the five songs, priestess explained how important music is to her:

“For me and many songwriters, songs are an emotional outlet. I like to write about the petty details or intrusive thoughts that I likely wouldn’t share with anyone else normally, things that I feel only I think about, and some coded lyrics that are really just there for me to know they’re there. There is something about music that makes it so easy to share these thoughts – maybe because you can use more than just words to describe what you’re trying to say.”

Admitting the songs are very personal, priestess hopes her music can help others in similar situations:

“Though the songs on shopping for smiles are very personal, I knew I wasn’t the only person feeling this way. It was just as much written for me as it was for others who are going through a similar situation; trying to navigate life and continuing to try even through the obstacles. I hope that anyone who listens can find comfort in our shared experiences and know that the turmoil is all temporary.¨

“‘like me and you’ is one of the best introductions to me, and my writing there is. During my first year of university, I found myself in one of many sticky situations with a crush I had. Going to a small music university meant I was surrounded by like-minded people, but everyone knew each other, so word about my feelings spread quickly. I was angry not because I was found out, but because my crush said they would have respected me more had I told them myself. That was the start of my petty rampage that only existed in the space of this song, it is why I started the song saying, ‘went about this the wrong way the first time, but I bet you’ll respect me now.’ By the end of it all, I wasn’t even sure I still had feelings for them, but the concept for the song was too vivid in my mind to let go of, so I took my best shot at it.

“The song is very nostalgic to me, both lyrically and sonically. Lyrically it is full of memories of my first year of university, night tube and all, and sonically it reminds me of the music I was listening to when I first moved to London. The fuzzy guitars and big drums on the track are an ode to the indie music I fixated on through most of my adolescence, but also some grungy elements inspired by Nirvana. The production still has some modern alternative pop elements, and I felt like it was destined to be my first single. I will always love this song and the growth it represents within me.”

“I originally never intended for this song to be released. I am not usually one to name call, but as the saying goes, if the shoe fits… This song holds a lot of anger, mostly because when I was writing it, I felt so fed up. Things had been piling up, and when someone who I had called my best friend resorted to saying such things to me, I couldn’t stand for it. I felt like I gave all I could, and it still ended the way it did. It was a life lesson for me to learn that not everyone has your best interest at heart, no matter how much you want to believe them. Probably my pettiest song, the chorus was written in the shower, I was just humming a random tune just thinking about the situation, and it came to me.

“I didn’t just want to call someone a cunt in a song, it felt better to spell it out, thus sea u n tea was born. I was heavily inspired by the songs that had been trending on tiktok and the production on Billie Eilish’s album when we all fall asleep where do we go. I really wanted the trappy drum beat and synths to lean into that dark pop vibe while still sticking to the ‘indie’ elements with the guitars reminiscent of The 1975 and 5 Seconds of Summer. I’m really happy with the way it turned out, It’s a favourite among listeners, and I finally feel like I can let go of the feelings I was harbouring now that they exist in song form.”

“I wrote this song about the first person I ever loved. It was a classic case of right person, wrong time, at least for me. The entire relationship felt like a big miscommunication. It was right before I had left for London in 2018 when it started, but I feel like it ended before it even really began. In May of 2020, I had gotten off the phone with said person after not speaking to them for over a year and I just knew that I was chasing something that I would never get back. This song is at times painful even for me to listen to, but for that reason, it is also my favourite song I’ve ever written. I wrote it in 30 minutes, immediately after getting off the phone call, and you can still find the original demo that I recorded that day on my Soundcloud.

“I didn’t want to change much from the original version when I took it to the studio – I’m still playing on the guitar, the backing vocals are pretty much the same, the only thing we added was the atmospheric synth sounds that were heavily inspired by The 1975 song ‘Me.’ It’s vulnerable in a way that not many people get to see from me. I’ve always been someone who hasn’t shied away from sharing my feelings, and even though it is a bit nerve-wracking to put out into the world, I want anyone who listens to feel at ease in this feeling of heartbreak. It’s okay to look back on things and remember the good memories but to also let go and know that you deserve better than to live with that heartache forever.”

“Taking a break from the more emotional lyrics, we pivot to a more light-hearted song that is probably the most different song on the EP. This song is a stream of consciousness. I hated being on dating apps because everyone always found a way to turn me off from them, not for any specific reason they just gave me the ick. This was also a hot topic on social media, and so I felt like it was appropriate to write a song about it. I have a history with pop-punk so it felt natural for me to go back to my roots and write a silly upbeat tune where the lyrics aren’t so meticulously planned. I’m happy to see pop-punk making a resurgence once again and I really wanted to be a part of it. I think that it’s a genre that is very low pressure in the sense that you don’t have to be the best at anything to write a pop-punk song.

“As a songwriter, it gives me the freedom to say what I want without a filter while also allowing the song itself to be fun to play. It’s my favourite song to play with my band live, and I always love seeing people’s reactions to it because it does feel like an early 2000s throwback. I wanted to include this song in the EP because I hope to explore more styles of alternative rock in the future, and this was me opening that door.”

“Arguably the rawest song I’ve ever written, ‘frankenstein heart’ is the most recent example of my writing and where I intend to take the priestess project. It describes the inner dialogue I have with myself whenever I experience heartbreak of any kind. I really try to put myself out there and give everyone a fair chance, sometimes that doesn’t really work out for me and my desire to make others feel comfortable ends with me being burned. The concept of ‘frankenstein heart’ originates from the feeling of breaking apart to piece yourself back together, only to do it all over again. This cycle seems never-ending, it’s always the first thing I think about whenever I meet someone that I’m interested in, and I know that I’m not alone in that. It’s a very scary thing to open up to someone, but you can never really find the relief that you’re searching for unless you try. The risk of trying is one that I’ve always been willing to take, even if I end up with my heart broken again.

“Sonically, I pulled inspiration from Phoebe Bridgers’ balance of dark and light and Paramore’s raw and powerful vocals. I wanted it to sound a bit indie and emo all at once, and I think my favourite part of the record is the dreamy background elements. My goal with this song was for anyone who listens to know that this feeling is valid and that being scared to open up is okay. If there is anything to take away from this song, it is that you shouldn’t close yourself off from experiencing something beautiful because of fear – no matter what happens, you’ll overcome it just like you do everything else.

“I’m really excited to write some new music and explore more of the hidden parts of myself. I can’t wait to show my progress and maybe bring something a bit unexpected to the table. I truly hope that anyone who listens to my EP can find some inner peace in knowing that I too don’t have everything figured out but it doesn’t always have to stay dark.” 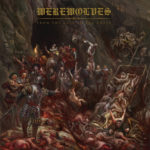 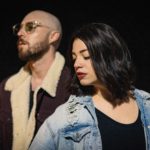