Support this evening came from local up-and-coming four-piece band Sticks N’ Stones, who put on a solid performance; I’d never heard them before. Their sound lifts heavily from the NWOBHM sounds of the eighties, with a modern flare of heaviness. They played all original material.

Initially, this show was set for July but got moved back a month and plopped into a larger venue as Lee’s Palace wasn’t available for the rescheduled date. We got better lighting at The Phoenix, but the venue felt empty given it holds double the occupancy of Lee’s.

If the venue felt big, nobody seemed to mind, least of all John 5, who delivered an excellent exhibition of guitar prowess on an assortment of axes from his vast collection. The show opened with the ominous “First Victim” as John 5 slowly moved through one of two graveyard archways that adorned each side of the stage. He played his Lava Lamp Telecaster using a violin bow and wearing a death mask of his stage make-up. The crowd cheered their approval as he peeled it off and revealed the identical stage make-up underneath.

The John 5 and The Creatures stage set-up was quite entertaining; four plasma screens continuously flashing horror movies, retro television, and stop-motion animation clips synced up to heavily gelled lighting. Plasma globes were positioned on top of each of the LED stands, and assorted dolls and small collectible mementos to John’s liking were arranged around the stage. During the show, a dancing John 5 space robot came out with a toy ray gun and a Leatherface-looking character wielding a fake chainsaw.

When people spit out the names of iconic guitarists, the list is usually filled with names like Steve Vai, Satriani, Van Halen, and Malmsteen. I think of John 5 more and more amongst the list of living greats; he can play almost any song in any style. He has a killer sweeping style to his playing that seems to get better and better every year that goes by. He did an incredible cover of Queen’s “Crazy Little Thing Called Love” that brought in elements of Chet Atkins’ finger-plucking as he flawlessly represented the song while the Toronto crowd sang along.

He then ran through a beautiful medley of classic metal and rock songs, always a high point of his live shows. Toronto seemed to get behind the “Symphony Of Destruction” part, singing along at top volume. After finishing his medley, he mentioned that his good friend Nikki Sixx had been razzing him for never covering Motley Crue. He said he wanted to do a recording and send it over to Nikki, and then he rotated the microphone 180 degrees towards the audience and ran through the entire song as the crowd did the vocals.

John 5 impressed me when he was in Marilyn Manson, and he has since been an impressive fixture with Rob Zombie for over fifteen years. He’s the type of player that makes any performance a better experience. His solo tours provide an opportunity to see the man up close and personal in a club and celebrate his genre of guitar shredding. It’s a sure thing you’ll leave the venue with a smile on your face.

Side note: A month ago, a fan gave John 5 a gold shovel that had been rigged up with a killswitch and four strings. There is footage of him playing the thing on his socials. I was hoping he might have brought the shovel out and strummed a bit on it for everyone in Toronto. Maybe next time. 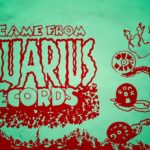 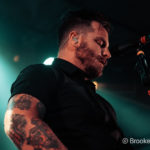