Musician Fox Fagan drops the music video for his recently-released single, “Hot Streets of Hell,” a mixture of Americana, rock and chamber pop which features Ditch Kurtz on pedal steel.

Commenting on the song, Fox shares:

“Written in a time of endless parties and desperation, I found the ability to be okay with myself through this song. I was a mess, but somehow was still enjoying life to the fullest in Hollywood and meeting some crazy characters along the way. I sat with this song for years and never knew when it would see the light of day. Finally, I asked my pedal steel playing friend Ditch Kurtz, who I met while I was touring as bassist in the Chris Shiflett Band in Nashville to play on it. And then it all made sense. This has to be shared with the world this summer, so others can enjoy being okay with their bad selves.”

Out now via Foxtone Records, the new single follows October 2021’s self-produced solo single, “Gotta Get Out,” which can also be heard below. Fagan is also a member of Teleskopes, the critically acclaimed Los Angeles-based “shoe-gazing space rock.” (Buzzbands LA.) 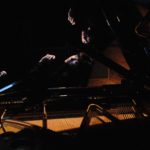 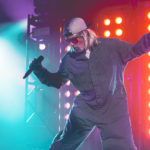