Opium Ink has been wowing audiences for the past four years with their crisp, ear-catching take on industrial-influenced alternative rock. It’s iconoclastic for anyone expecting anything specific to a particular genre. But that’s no sweat for an act that’s shared the stage with bands as disparate as the Misfits, Everclear, and Brand New.

It’s also mind-boggling that it’s a duo responsible for this level of sonic assault, something that’s as big as other duo jaw-droppers in the past, such as The Black Keys or Death From Above 1979. The difference between those acts and these, of course, is their sound. It would be like if Joan Jett and Betty X were given a steady stream of nothing but Linkin Park and Nine Inch Nails and let them take it out on a studio after being cooped up for a year. The result is dripping with gothic undertones and despairing melodies, yet accomplished and self-assured in its delivery, tempo, and lyrics. It’s anthemic, yet somehow intimate, personal. 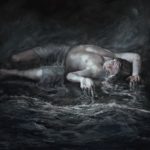 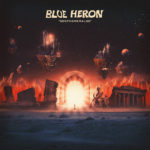