“Absolutely, I had a drinking problem. I definitely had all the problems that come along with that — blackouts, not remembering half of my life — and I’m very open about this. Getting alcohol out of my life was the single best decision I ever made.”

It’s a bold, brave, and very telling confession — especially coming from an artist who has spent the last 30-plus years leading a fast-paced rock and roll lifestyle. But for Knoxville singer, songwriter and musician, Misty Marcus, her personal newfound perspectives are as honest, pure and authentic as the records she’s created over the years as a co-founding member of the acclaimed Americana combo, Black Eyed Soul.

A longtime admirer of her work, I also subscribe to Misty’s health and nutrition-focused LoveStyle YouTube channel. As a result, I’ve totally been tracking her recent story, and I had to have a personal chat with her about the latest BES album, Yes, as well as her current “vibe.” Then, one day, she called me — HOORAY! This is a “highlight reel” from that conversation.

Kicking off Yes with all the full-bodied flavor of classic Blacked Soul, “Twilight of My Life” also shows the band heading into new territory.

“It reminds me of The Partridge Family somehow,” Misty laughed, describing the record’s leadoff track. “Something about the feel of that song puts me in the ’60s. We kinda went a little bit hard on the back-ups on that. We’re trying to do different stuff. We want the album to move in a way where you have some variety.”

After a couple of decades of running in the fast-paced rock and roll world, Misty launched her own YouTube channel (LoveStyle) not too long ago — focusing on a healthier lifestyle message.

“It’s been two full years. I’m on my third year now. The reason I started my YouTube channel was because I started to clean up my health two years prior. I started to wake the heck up in my life and get rid of all the toxicity in my body, all the toxicity in my brain, hopefully. So, I went on a Keto Diet to try to get my health together. And I wanted to tell everyone about this. The main thing, besides the Keto Diet that I talk about on my YouTube channel, is the Carnivore Diet, which if you’ve never heard of it before, it’s basically ‘Keto 2.0’ — a more strict version, or a better, or more healing quickly version of the Keto Diet.”

What I have found particularly impressive and inspiring about Misty’s story, is her recent commitment to sobriety. And she had much to share on the subject.

“Five years ago, I quit drinking. It was on Andrew’s birthday, and I wanted to give him a good gift, So I quit drinking. I drank for 30 years. I never didn’t drink. I hate the word, ‘alcoholic,’ because I am one. There’s only one reason why you’d hate that word, and that’s because it resonates with you. Our whole vibe these days is we’re trying to get really Zen. We’re trying to work on our spiritual growth, and meditation and the whole nine.”

My entire interview with Misty can be heard by punching these SoundCloud or YouTube links! 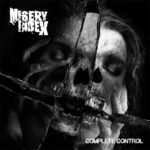 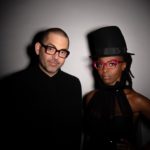