With their new album now set to drop, The Falling Doves are soaring to heights yet unseen. The glammed-out, classic alternative-sounding quartet have chosen today to let loose with the release of their record Skylark 69 (Spotify, Apple Music), ten brand new tracks that have been a long time coming. Set to be the group’s first release since they signed to Pacific Records in the United States, and RMN Records in England, the lead single “Be My Lover” was released in the fall of 2020.

So, it’s been a bit of a wait for the album itself, but it was a very worthwhile wait with an exciting new batch of songs produced by Pacific Records labelmate Skyler Lutes. Skylar 69 features plenty of the band’s vintage stadium rock appeal, along with those down-to-earth, relatable garage rock roots.

Commenting on the thematic structure of Skylark 69, the band states:

“The themes on the album are about a broken California dream, although you have everything you could possibly ever want you don’t have the love you want so you pick up your bags and carry-on, and it’s so hard to hide your misery when the whole world looks happy so you just disguise it in rock n’ roll.”

Since forming in 2015, The Falling Doves have been sought out for praise by many well-established artists and bands. Prior to his passing, the late Scott Weiland made it known that he was a fan, as well as Phil Solem, one-half of The Rembrandts, and the legendary Pete Best. Coming up in their hometown of Hollywood, California, the band began to establish themselves in a highly competitive, challenging environment. They are built upon rock staples and traditions; glamour, raw power, spectacle, efficiency, boldness, and determination.

Their musical peers have taken notice, with Cheap Trick, Echo & The Bunnymen, Peter Murphy, Fastball, and Gilby Clarke some of the acts with which they have been asked to play. With shows back in full force, the Doves are ready to make up for lost time, up on the stage, where they belong, and where they thrive. 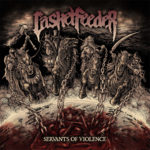 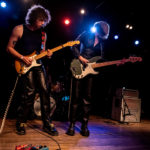