Although its mainstream popularity is not what it once was, blues is a genre that will never die. But most modern blues acts are often inspired by classic American blues. Blue Nation, on the other hand, preserves the integrity and prestige of classic English blues. Just listen to their latest single “Come Back Home” for instance, a riff-based melodic blues rock tune that’s also reminiscent of more modern bluesy bands like The Black Crowes.

Based in Birmingham, the single comes with an accompanying music video, featuring the band casually singing the song, as they walk outdoors on a beautiful fall day. The riffs are absolutely infectious, building towards a rocking ending, and a feeling from you for more.

Telling us about “Come Back Home’s” inspiration, the band shares the following:

“The song was born from a conversation with a friend about the final months, weeks, and days of their current relationship. When the small niggling arguments became full blown angry exchanges when, in reality the decision to be apart is an obvious one but the toughest choice to make. My friend ended up moving back home and leaving everything behind and losing out on not only the relationship but other friendships.”

“Come Back Home” is a sign of things to come, the second single released from their new EP Echoes, which they plan on releasing in the fall. The EP will feature four new tracks, including this one, and the first single “I Feel Low,” released in April. A versatile outfit, the trio are just as good stripped down as they are at a gig with the guitars turned up as high as they can go. Taking the formula of Led Zeppelin, Cream, The Beatles, and 1990’s Brit Pop, Blue Nation has toured extensively over the years, amongst their stops being alongside Dirty Thrills, Steve Conte, Skid Row, Brian Downey of Thin Lizzy, Von Hertzen Brothers, and so many more.

This is a road band through and through, and with gigs now back in full force, it’s time for everyone to find out more about Blue Nation. 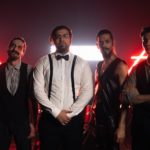 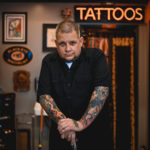