“A man who doesn’t spend time with his family can never be a real man.” –Don Vito Corleone

Hailed amongst films like Citizen Kane and Casablanca as one of the most outstanding Hollywood pictures ever, The Godfather turns fifty this year, and it’s being reissued on 4K UHD Blu-ray for the first time, along with The Godfather Part II and The Godfather Part III in a compact boxset called The Godfather Trilogy. Paramount Pictures celebrates the 50th Anniversary of Francis Ford Coppola’s cinematic masterpiece, presenting all three films; meticulously restored under the direction of Coppola himself, with both cuts of Godfather III included in the package.

“I am very proud of The Godfather, which certainly defined the first third of my creative life. With this 50th-anniversary tribute, I’m especially proud Mario Puzo’s THE GODFATHER, Coda: The Death of Michael Corleone is included, as it captures Mario and my original vision in definitively concluding our epic trilogy. It’s also gratifying to celebrate this milestone with Paramount alongside the wonderful fans who’ve loved it for decades, younger generations who still find it relevant today, and those who will discover it for the first time.”

The original cut of Godfather III is a film widely considered to be inferior to its two predecessors, and Coda: The Death of Michael Corleone genuinely brings the storyline to a better ending.

These three films tell the epic tale of the Corleones, one of five families that make up organized crime in the 1940s United States. The first film opens at the wedding of Connie Corleone (Talia Shire), Vito Corleone’s (Marlon Brando) only daughter. We are introduced to Vito Corleone’s eldest offspring Sonny (James Caan), heir to the throne. Vito also has the help of Vito’s adopted son and consigliere, Tom (Robert Duvall). We meet Fredo Corleone (John Cazale), Vito’s second son, quickly established as the family screw-up and thus less valued by them all.

As we meet the Corleone family at the wedding, we are shown footage in tandem of Vito’s youngest son Michael (Al Pacino), just home from fighting in World War II, established in scenes with his girlfriend (Diane Keaton) as they head to the wedding. Michael is trying to fast-track into politics (a legitimate career) and sidestep the family mob business. Vito denies the four rival families getting involved in narcotics trafficking because he believes pushing drugs is dishonourable. There is an assassination attempt on him, and young Michael gets drawn deeper into a lifestyle his father had hoped his youngest might escape.

It’s hard to watch a classic like Godfather now looking for new things to convey about its near perfection. At three hours long, what strikes the most is that the film’s length is genuine; there isn’t a scene in The Godfather that could be edited or trimmed out. Everything on the screen needs to be there. What is truly of interest around this 50th-anniversary trilogy is the work that went into readying all three films for this 4K UHD release.

Over 300 cartons of film got scrutinized to find the best possible resolution for every frame of all three Godfather films. Over 4,000 hours were spent repairing film stains, tears, and other anomalies in the negatives. Over 1,000 hours were spent on rigorous colour correction to ensure the high dynamic range tools were respectful of the original vision of Coppola and cinematographer Gordon Willis. In addition to the 5.1 audio approved by Walter Murch in 2007, the original mono tracks on The Godfather and The Godfather: Part II have also been restored. All of this work was overseen by Coppola.

The Godfather and The Godfather II have never looked better. The films haven’t been polished up into something that looks fake and unrealistic; they still look like films from the early 1970s, but both have the fewest artifacts and flaws these movies have ever had. So yes, there is still film grain, but that grain is now very light and natural-looking, with a more natural pigmentation to the colours. The sound in all three films is also immaculate. Godfather I and II probably look better than they did on first showings in their original theatrical releases. There is no better way to watch The Godfather than what’s included in this newly released 50th Anniversary package.

Francis Ford Coppola’s The Godfather Trilogy offers the best video quality in any home format to date. This, along with the wealth of new and legacy special features included, make it the best UHD release of the year. 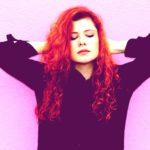 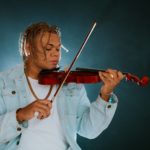