The release of a death metal album rarely arrives with the anticipation surrounding it that It’s Time… To Rise From The Grave does. However, the producers of this slice of slime, New York outfit Undeath, are one of the bands tasked with leading death metal into a new era of brutality.

So, does the follow-up to their superbly wretched Lesions of a Different Kind warrant such excitement amongst the sewers of the death metal scene? Well, it’s a strange one because, when you sit down and dissect this disc, everything points towards the death metal scene of yesteryear. Remember the first time you heard Cannibal Corpse or Death or Morbid Angel back at the start of their careers? Well, It’s Time… To Rise From The Grave comes with that exact same aura. Raw, festering blasts of sickening grime spew relentlessly from your speakers as the band pummel through disgusting offerings like “Fiend for Corpses” and “Necrobionics” as, for about half an hour, you’re transported back to the early days of the death metal scene.

Not that It’s Time… To Rise From The Grave sounds dated in any way. It’s a record that is being heralded by many as one that will become a classic in the genre. Inspired by classic underground horror movies and death metal albums, tracks like “Defiled Again” and the fantastic “Head Splattered In Seven Ways” are as gruesome as they sound. The guitars buzz like flies around a corpse while vocalist Alexandar Jones pours out his bile-drenched lyrics through a mix that sounds as raw and ugly as an album like this demands it be.

Essentially, what these New York filth merchants have done with It’s Time… To Rise From The Grave, is take the classic sound of the genre and, rather than just pay tribute to it, they’ve dunked it in the festering remains of Lesions of a Different Kind, readying it to throw out to death metal fans, new and old, all foaming at the mouth at the thought of devouring this new breed of underground scum.

It’s Time… To Rise From The Grave Track Listing: 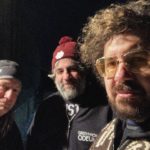 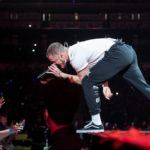