When you’ve made it 20 years with the same project, you’ve earned the right to do what you want, and that’s just what Michael Torres, aka Mike TV has done with Get Set Go. Two decades after joining forces with high school friend Patrick Flores in Highland Park, Los Angeles, Mike is back with his latest single, “A Dog’s Life,” featuring Andrew Heaton a comedian, podcaster, and pundit. He also co-founded and hosts two podcasts, Political Orphanage and Alienating the Audience.

The single release comes ahead of the new Get Set Go full-length #dinosore, which is scheduled for release on July 15th. A true duet between the two singers and songwriters, “A Dog’s Life” has a nice, folksy, country twang, complete with Mike’s trademark wit and humour. The song is instantly appealing to any dog owner or dog lover who might like to wonder what two dogs would talk about with each other if they were able.

“This song is about two dogs, one a country dog, and one a city dog, who have been shunted from their comfy lives living with their families to now residing on the porch for intrinsically dog-like offenses. They discuss the events that led to their fall from grace and ultimately decide that being porch-bound isn’t too terrible because they’ve got each other.”

Mike has taken quite a progressive, innovative approach to songwriting and music production in his lengthy songwriting career. Born in Los Angeles and now based in Austin, Mike has used technology and livestreaming to their full potential in applying it to his songwriting career. #dinosore will be made up of nine new songs that are collaborations with users of the livestreaming platform Twitch. It’s an original method of writing an album that Mike started using back in 2016. It fit very nicely within the realities and restrictions brought on by the pandemic lockdown.

All nine songs on #dinosore promise to be absurd, silly, and undoubtedly entertaining. It’s yet another accomplishment for Get Set Go in an accomplished career that has included thirteen studio albums, two EPs, a compilation album, and four live records. 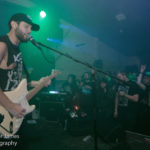 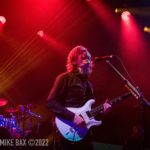