Alt-pop singer-songwriter WAJI makes a splash with their newest single, “BMH,” out now. This track is a moment for the artist in which they poured their most vulnerable emotions from a beyond-challenging hardship into their art. For WAJI, this was one of their main ways of coping through an emotionally abusive relationship in which they felt more pain than pleasure.

This track layers airy fingerpicking with a punchy beat, creating a breezy soundscape with an edge. The sombre delivery in WAJI’s smooth vocal blossoms into a beautifully anthemic chorus built upon an empowering moment of recognition for the wrong-doings of their former lover. WAJI finds inspiration in Nigerian artists like 2Baba and Asa, who approach their songs with freshness and charisma; listeners can expect the same electric attitude from WAJI on “BMH.”

Ima Ikuru, the artist behind WAJI, took a unique perspective when writing “BMH.” While the artist struggled in the midst of a painful hardship, unable to find the strength to break away from their relationship, they channelled their grief into a character with the power to take control. In collaboration with producer Don Ozi, WAJI managed to capture an empowering heartbreak anthem gearing towards a better future. “I had just left my partner’s place and was in the middle of one of my breakup fantasies,” they recall, “when Don Ozi sent me this beat, I didn’t even have to think about it, I just sat there and poured my heart out.” Featuring lyrics in Nigerian pidgin English, WAJI led the songwriting while Don Ozi took charge of the production. WAJI conveys in BMH that no matter how brave or strong, making the choice to end a relationship can be tough for anyone. As the beat switches up in the second verse, feelings of anxiety and apprehension come to fruition in lyrics like, “don’t wanna be here beside you, don’t wanna love anybody besides you.” For WAJI, “this song eventually inspired [them] to leave, and [they] hope the vulnerability of the lyrics can inspire other trapped individuals to be strong enough to set themselves free.”

WAJI is a colourful singer-songwriter known for their mesmerizing storytelling abilities. Playful lyricism, catchy melodies, and relatable stories characterize the type of music listeners can expect from WAJI. Nigerian influences shine brightly through WAJI’s sound; artists like 2Baba and Asa are at the top of the list. They also gravitate towards artists like Bruno Mars and The Weeknd, who bring versatility, charisma, and confidence to their music. Having grown up in Port Harcourt, Nigeria, the now Georgia based artist made the transition to the U.S. to study mechanical engineering before diving into their music career. WAJI embraces the spotlight on every track as they deliver engaging melodies with creativity and playfulness. The songwriter channels their personal experiences into their music and offers a charming sincerity backed by a charming confidence. Despite their introverted nature, WAJI has no issue letting their personality and style shine through their music. Fans can expect new music from WAJI in 2022 while they excitedly anticipate the release of their upcoming EP. 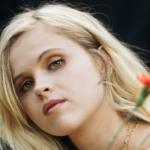 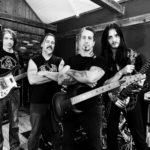