Blues suffers from the awful (and usually erroneous) perception that listening to it, well, gives you the blues. Good To Be, the latest record from five-time Grammy-winning singer/songwriter Kevin Moore, better known to the world as Keb’ Mo’ (at least since 1994, when he adopted this moniker over his birth name), effortlessly dispels this misconception with a selection of songs about life, belonging and rediscovery of the true meaning of “home.”

What really shines through on this record, is that home is more than a place: recorded between the two vastly different environments of Compton and Nashville, both lend their own flavour to the proceedings. The authenticity of Compton’s streets is reflected in the no-nonsense and easily relatable lyrical content, but the dash of country ambiance that permeates the record as a whole is unmistakably Tennessee-inspired. And, while the majority of songs presented are a well-balanced and upbeat blend of the two, there are the occasional nods to meatier topics: “Medicine Man” is a harmonica-fueled hymn to the perversity of the COVID pandemic, while “Marvelous to Me” sets a far more serious tone as Keb’ looks ahead, past the current situation.

“Sunny and Warm” is a heartwarming conversation between today’s Keb’ Mo’ and his younger self, arguing over what is really important in life.

It’s practically impossible to separate highlights from a selection of music as well-crafted as Good To Be, but here and there a lyrical or musical phrase does leap out. It’s a sign of how good the record is that this transitory impression is usually eclipsed by another in short order. Obviously, the respect shown in Keb’s interpretation of the Bill Withers classic, “Lean on Me,” must be mentioned, because as far as covers go, this is one for the ages. More often than not, artists tend to try too hard to leave their own stamp on the source material – but in this case, Keb’ lets the timeless music speak for itself and instead puts his own Delta Blues style on the backburner.

This humility seems to be the fulcrum around which Good To Be revolves, though: despite Keb’s deserved reputation as an incredible guitarist, he eschews the over-the-top virtuosity so many other up-and-comers in the blues world rely on, making his mark as a convincing musical storyteller instead. Even the self-deprecating humour present in so much of the record – the lyric, “the old barber shop’s still goin’ strong… but it’s too damn bad my hair’s all gone” off of the title track springs to mind – is a clear indicator that Keb’ isn’t out to prove anything, he’s just sharing a life lived in the blues.

Not that he needs to prove anything, though – on top of his multiple Grammy wins, Keb’s last record, Moonlight, Mistletoe & You (2019) peaked at #1 in the US Blues album charts. The first single off Good To Be, “Good Strong Woman” (featuring Darius Rucker), is set to follow this, if not transcend it. As well as an impassioned feel-good number, it also stands out from the contemporary crowd by portraying a genuine sense of respect for women in general.

However, it’s at his more introspective that Keb’ Mo’ really shines – at least for me. The more “traditional” blues flavour of “All Dressed Up” is breathtaking. Arrangement, theme, tone and such incredibly sensitive guitar work… this is the track I keep coming back to. The closing duet with Kristin Chenoweth, “Quiet Moments” follows in a similar vein, imparting a special sense of intimacy on the record’s coda.

The ‘studio session’ video for “Good Strong Woman” is itself a throwback to simpler times, where the musical process supersedes the facial tattoos, Lamborghinis and scantily-clad models of today’s music videos.

That said, it’s the overall sense of innocence on Good To Be that will keep the album in circulation on my playlist: none of the deviance, violence or nihilism that typifies so much modern music is present – but also none of the canned, formulaic insipidity that summarizes Spotify’s top streamers. Keb’ Mo’ is both a musician and a storyteller – but what’s more, he seems like a truly nice guy, the sort I’d love to sit down with for a coffee, and Good To Be is a beautiful illustration of a nearly five-decade-long career entering its next phase.

Good To Be Track Listing: 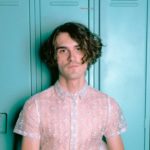 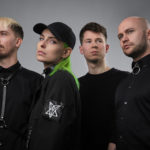