Helsinki-based rock band Cyan Kicks have released the video for “Hurricane” along with the news that the track would be their entry for Contest For New Music (UMK) 2022 – the Finnish national competition to represent the country for Eurovision.

“Hurricane”, about overcoming fears and embracing courage, is co-written with Elize Ryd, singer of the Swedish-Danish metal band Amaranthe, and has been inspired by Elize’s own experience suffering from Lyme disease.

Watch the video to the track here:

The Finnish band continue their rise having already released two very well-received albums, their 2019 debut I Don’t Love You, which received a nomination for Best Rock Album at the revered Finnish music industry awards EMMA, followed by their latest album Not Your Kind in 2021 which achieved multi-million streams.

The next landmark moment in their impressive career is competing in the Contest For New Music with “Hurricane ”. The contest is broadcast live across Finnish TV and radio, taking place on February 26th. 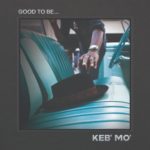