When you’re talking about country music and southern rock, there’s no faking it. If it’s not genuine, then it’s not real. Unless you’ve walked the road that you’re tracing for your listeners, then you probably don’t know what you’re talking about. In the case of Bob Fleming and The Cambria Iron Co., it’s all so very real. Just take a listen to their latest single “Peterbilt” if you want an example.

The alternative country song speaks to the working class struggles that are so commonplace for hordes of people, just trying to get by, providing for their families, and hoping to carve out their own little piece of the pie. With a modern southern rock sound that pays homage to the innovators of the past, “Peterbilt” speaks to the challenges that are so front and center for so many, making a statement for those who are too easily overlooked.

Explaining his inspirations for writing “Peterbilt,” Bob Fleming himself says:

“I wrote this song based loosely on a friend of mine who had gotten into Long Haul trucking, to kind of shed a light on the loneliness, and near solitude, a lot of truckers face. We wanted to shine a light on the struggles of the working class on this record, and this song does just that.”

Based out of Charlotte, North Carolina, Bob and his four musical cohorts have a lot going for them, but perhaps foremost is their authenticity in how they put forth their own honest and unique view on the American landscape by people who have lived and breathed it their whole lives. Joined by Dawn Williams, Ryan Southwell, Ben Bourne, and Brannden Betts, Bob strives to be more than just a traditional country act. Although southern music sits at the core of what they write and record, the band brings a punk rock sensibility to the table, particularly within their idealistic lyrics.

They’ve all spent way more nights than they can count on the road together, bonding over music and sharing the best and worst that life has to offer. It comes as reassuring that we have artists like this, not only to captivate us, but also to keep us grounded, with two feet firmly planted on the ground. 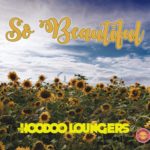 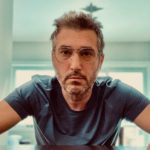