Combining riot grrrl nostalgia with classic punk oomph, Tiffany Twisted is a force to be reckoned with. The band has revealed their nice and twisted new music video for “Blind Faith,” due to be included on the band’s still in development debut full-length album. The video epitomizes what punk rock is all about; it’s high energy, supercharged, a little bit warped, and certainly out of the ordinary. It’s your first taste of new music from the group since the release of their highly touted debut EP, which was recorded live in its entirety at the nearly mythical Abbey Road Studios.

Discussing the song and the video for their new single, the band shares:

“‘Blind Faith’ talks a lot about spiritual pain and spiritual growth and as our first fully DIY project, it’s really close to our hearts. The video is an attempt to visually recreate the chaos of the track and the separation from ‘reality’ that can come with increased spiritual capacity.”

Recording your debut EP at one of the most celebrated studios in music history seems like a lot of pressure, but the members handled it like pros. Based in London, Tiffany Twisted is propelled by the combined force of lead singer Hetti Harper and master shredder Adam Davies. For inspiration, they look back to the nostalgic rock of their youth, which provided the blueprint for the recording of their EP.

Their debut full-length will combine the band members’ love for heavy rock, hip-hop, and classical music with classic rock n’ roll lyrical themes that comprise the mystical, philosophical, and spiritual. It’s all happened pretty quickly for a band still discovering their own identity and etching out their own place in this rock n’ roll landscape. 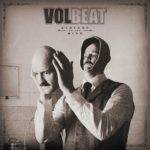 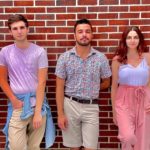