It’s been nearly two years since this tour was supposed to take place with indie heavyweights James supported by fellow indie favourites Happy Mondays finally getting to kick off their headline tour at the First Direct Arena in Leeds.

With plenty of fans of Bez & Co packed up on the barrier as the indie band take to the stage, the band was clearly a popular choice for support with the crowd on this tour. From the energy of Bez’ unconventional dance moves to the plethora of indie anthems like “24 Hour Party People,” Happy Mondays’ short set certainly took these fans back to the heyday of the Brit indie scene.

Kicking off the set with the cheery “Zero,” James frontman Tim Booth jokes “thanks for risking your life by being here tonight” in reference to the lack of live events over the last eighteen months due to the coronavirus pandemic. There is a cheer that goes up from the crowd who have patiently been waiting to see the band perform tracks from their brilliant 2021 album, All The Colours of You, the group obliging, dishing up well-received versions of the title track, “Five-O,” “Miss America” and more.

Along with the new tracks, the band delved into their iconic back catalogue for “Born of Frustration” from Seven and “She’s A Star” from their 1997 album, Whiplash. A set that had something for fans of the Manchester indie outfit whatever your age, James kept their huge hits right for the very end of the night. Staples of indie student nights and their live set for years now, the band headed into the final songs of the set with “Sit Down” and “Laid” wrapping up the night in gloriously anthemic fashion. 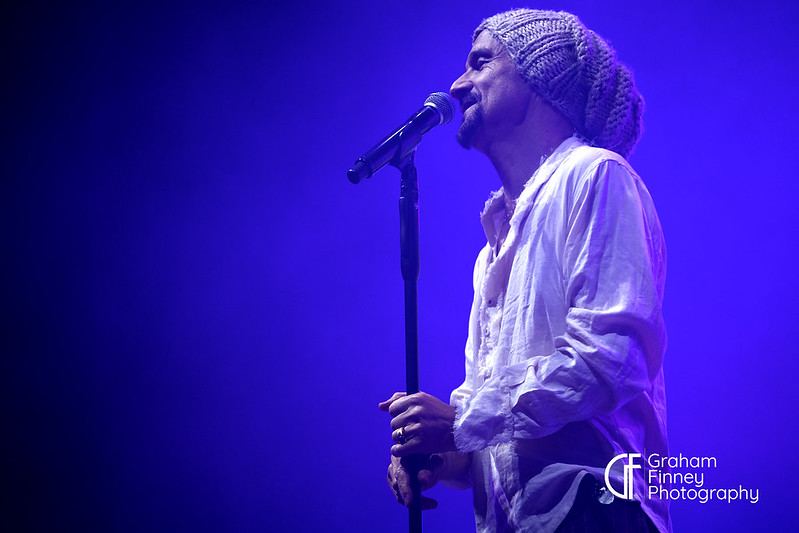